A recent news article published in the CNN by Laura Smith-Spark and Nectar Gan highlights that the world is in the midst of its worst Covid crisis so far. It didn’t have to be this way.

Fast-forward 12 months and the devastating scenes in India, where hospitals have been overwhelmed by a surge of Covid-19 cases and thousands are dying for lack of oxygen, suggest the warnings went unheeded.

India is not the only global Covid-19 hotspot. Turkey entered its first national lockdown Thursday, an unwelcome step prompted by infection rates which are now the highest in Europe.

Western countries have been criticized for vaccine stockpiling.

Some, including the United States, Canada and United Kingdom, have ordered far more vaccine doses than they need.

UK Health Secretary Matt Hancock said Wednesday that the UK — which is now vaccinating healthy people in their 40s, having already offered at least one dose to all its older and more vulnerable residents — had no spare vaccines to send to India.

The UK government has said it will share surplus doses at a later stage.

As of early April, just 0.2% of the over 700 million vaccine doses administered globally were given in low-income countries, while high-income and upper middle-income nations accounted for more than 87% of the doses, according to Tedros.

In low-income countries, only one in more than 500 people has received a Covid-19 vaccine, compared with almost one in four people in high-income countries — a contrast Tedros described as a “shocking imbalance.”

The ‘only truly global solution’

An initiative led by WHO, the Vaccine Alliance — known as Gavi — and the Coalition for Epidemic Preparedness Innovation, COVAX was heralded last year as the “only truly global solution” to the pandemic by ensuring equitable global access to Covid-19 vaccines.

Its initial aim was to have 2 billion doses of vaccines available by the end of 2021.

It should be enough to protect high risk and vulnerable people, as well as frontline health care workers in participating countries, according to Gavi.

Gavi told CNN it expects all Indian vaccine production will be committed to protecting its own citizens “for the next month at least.”

But it insisted such issues had been anticipated, and that as a result, it was in talks with manufacturers of other vaccine candidates on supply schedules.

Next on the WHO’s approval list are two China-made vaccines.

The vaccine made by Chinese state-owned pharmaceutical giant Sinopharm is expected to be approved by the end of April, while the go-ahead for the other, made by private company Sinovac, is expected by early May.

As demand outstrips supply, there have been calls for big pharmaceutical companies to lift the patents on their vaccines to allow them to be produced more widely.

Bollyky said to scale up global manufacturing of vaccines, however, what is really needed is the technology transfer. 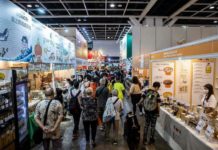