As doctors worry about a coronavirus-and-flu “twin-demic” that could overwhelm the health care system, Americans must contend with another possibility: fighting both viruses at the same time, reports CNN.

Can Be Affected By Both?

“You can certainly get both the flu and Covid-19 at the same time, which could be catastrophic to your immune system,” said Dr. Adrian Burrowes, a family medicine physician in Florida.

In fact, getting infected with one can make you more vulnerable to getting sick with the other, epidemiologist Dr. Seema Yasmin said.

How Does it happen?

“Once you get infected with the flu and some other respiratory viruses, it weakens your body,” said Yasmin, director of the Stanford Health Communication Initiative.
“Your defenses go down, and it makes you vulnerable to getting a second infection on top of that.”

On their own, both Covid-19 and the flu can attack the lungs, potentially
causing pneumonia, fluid in the lungs or respiratory failure, the Centers for Disease Control and Prevention said.

Each illness can also cause sepsis, cardiac injury and inflammation of the heart, brain or muscle tissues.

How Deadly Is the Twin Attack?

Having both illness simultaneously “would increase the risk of longer-term effects of any of those organ systems,” said Dr. Michael Matthay, a professor of medicine and a critical care specialist at the University of California, San Francisco.
But it’s too early to know exactly how much worse that double whammy could be, compared to having each virus on its own.
That’s because Covid-19 didn’t spread across the US until near the end of the last flu season, Matthay said. So there’s not a lot of data yet on people who get both illnesses at the same time.

But Matthay suspects the potential for pneumonia would be greater if the body is infected with both the flu and coronavirus.

How To Tell the Difference?

“Symptoms of influenza and Covid-19 are pretty similar, so it’s difficult to distinguish the two,” said Dr. Leonard Mermel, medical director for the Department of Epidemiology and Infection Control at Rhode Island Hospital.
Both the flu and Covid-19 can give you a fever, cough, shortness of breath, fatigue, sore throat, body aches and a runny or stuffy nose, the CDC said. 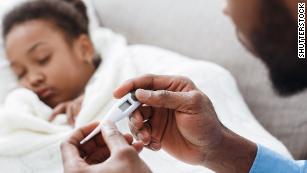 “Some people may have vomiting and diarrhea, though this is more common in children than adults,” the CDC said.
But unlike the flu, Covid-19 can cause a loss of taste or smell.
And about half of coronavirus transmissions happen between people who don’t show any symptoms. So the best way to know if you have the novel coronavirus or the flu (or both) is to get tested.
The CDC has created a test that will check for both viruses, to be used at CDC-supported public health labs. The agency said it is continuing to manufacture and distribute these tests.

How to avoid the double attack?

Wear a mask and keep physical distancing. Health officials have stressed the importance of masks and physical distancing if Americans want to control Covid-19 — and get the economy back on track.
With the imminent flu season, such precautions can “doubly protect us from both of those viruses,” Yasmin said.
In the Southern Hemisphere, which is just ending its winter months and flu season, several countries have reported astonishingly low flu numbers as people wear masks and social distance.
In Australia, for example, the number of lab-confirmed flu cases plummeted from 61,000 in August 2019 to 107 cases this August.
But in the US, some people are getting lax about mask wearing and social distancing. And that’s a big problem, said Dr. Jeanne Marrazzo, director of the Division of Infectious Diseases at the University of Alabama at Birmingham.

She said there could be a “perfect storm of accelerated Covid-19 activity, as people gather more — inside, in particular — as they become continually fatigued with the mask wearing, the social distancing and the hand hygiene, and as they are exposed to seasonal influenza.”

Get a flu vaccine. This may sound obvious. Yet about half of all Americans don’t get vaccinated against the flu, including most children who die from the flu.
Even if you get a flu shot and still catch the flu later, the symptoms are usually less severe than if you got no flu vaccine at all.
And since no Covid-19 vaccine is publicly available yet, the flu shot is the only way you can help inoculate yourself against having both viruses at the same time. 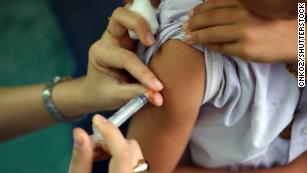 Pediatricians say it’s important for children 6 months and older to get the flu vaccine, ideally before the end of October.

Getting a flu shot can also help many more people than just yourself, said immunologist Dr. Susan Bailey, president of the American Medical Association.

“Since hospitals and doctors’ offices are going to be very busy caring for Covid-19 patients, a flu vaccine can help decrease burdens on the health care system and make sure that those who need medical care are able to get it,” Bailey said.

About 140,000 to 810,000 Americans get hospitalized with the flu each year, according to the CDC. And the number of Covid-19 hospitalizations are expected to surge more than 150% between now and December 1, according to the University of Washington’s Institute for Health Metrics and Evaluation.

“Every year, many patients get severe influenza with respiratory failure,” Matthay said. Among patients who get severe pneumonia from the flu, “the vast majority of those patients have not had their flu vaccine that year.”

Mfame Team - April 25, 2017
0
The Kitty Hawk Flyer is a new, all-electric aircraft. It is safe, tested and legal to operate in the United States in uncongested areas...
Powered by Pojo Software Pvt.Ltd
This website uses cookies to improve your experience. We'll assume you're ok with this, but you can opt-out if you wish.Accept Read More
Privacy & Cookies Policy
Necessary Always Enabled