Fiata has severely criticised the major shipping lines, accusing them of abusing their dominant position in the market, said The Loadstar.

It said: “Access to the global logistics chain is under threat today. Moves by the world’s largest shipping lines, which, as part of the three global shipping alliances, dominate 80% of the global market, and 95% of the critical east-west trade lanes, have sought to cut or restrict freight forwarders from their services.” Fiata called on industry stakeholders and market regulators to review the situation and ensure a fair system and proper actions.

For starters, it said, the box lines should stop spending their newfound wealth – record-breaking profits that this year could reach $300bn, in a “protected environment” – on vertical integration and start contributing to decarbonisation.

It pointed out that to achieve the IMO’s goal of a 50% emissions cut by 2050, the cost would be some $1.5 trillion. Instead of creating “unprecedented market concentration”, the lines should invest “to ensure that financial burden is not left to other parts of today’s ailing economy.” This is a huge challenge.

Its second complaint concerns antitrust exemptions. Noting that these were intended to promote efficiency in the maritime supply chain, Fiata said that, as the box lines had moved into areas “outside port-to-port activities”, they should be reviewed.

Fiata also urged more work to be done on carbon offset markets, which it said was an intermediary yet important step towards zero emissions. And it called for the development of a data charter for digitalisation.

The Problem of Coordination

Finally, it urged the industry – and the IMO in particular – to set up a platform for global collaboration between all supply chain stakeholders to facilitate a coordinated approach to problems. “Currently, there is no one platform where dialogue and collaboration can be conducted on a consistent and formalised basis,” it said. “However, bottlenecks and disruptions in the supply chain are dependent on, and affect, matters that touch many different stakeholders.” 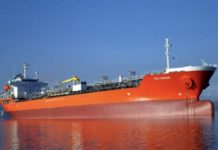 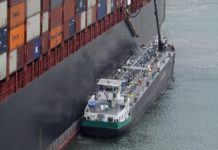 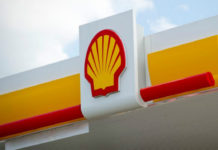