Ocean-based industries are growing fast, boosting demand for data on conditions at sea. But the huge research vessels that typically map the seas often come at great financial and environmental cost, says an article published on CNN website.

Irish startup XOCEAN has floated an alternative. Its uncrewed surface vessels (USV) — about the size of an average car and half the weight — are fitted with sensors that collect ocean data and send it via satellite to experts on shore.

The company says it improves safety, while cutting the cost and emissions of ocean surveying. According to XOCEAN, its USVs emit 1,000-times less carbon than traditional research vessels.

“If nobody needs to go offshore, that removes people from a potentially hazardous environment,” says James Ives, XOCEAN’s founder and CEO. On top of that, “(we have) a tiny environmental footprint … and we believe we can deliver the data at a lower cost,” he adds.

XOCEAN says its growing fleet of USVs has been deployed across the world, completing 30,000 hours at sea and more than 100 projects since the company was founded in 2017.

It has been used by the oil and gas industry to carry out pipeline surveys, by fisheries to collect acoustic data on fish populations, and for environmental research and monitoring.

The vessels are powered by a battery charged by solar panels on deck and a small diesel generator. Equipped with sensors such as multibeam echo sounders — which send sound pulses into the water that bounce off the seabed — they are able to measure depth, air and water temperature, wind speed, wave height and tidal flows.

The ocean economy is expected to be worth more than $3 trillion by 2030, according to a 2016 report from the OECD, with strong growth predicted in offshore wind, fish processing, and shipbuilding and repair.

“Data is the foundation for any activity in the ocean,” says Ives, adding that XOCEAN has experienced a huge boom in demand. At the beginning of 2020, the company had around 20 full employees; now it has 112.

It has raised roughly €8 million ($9.4 million) in funding, with offices in Ireland, the United Kingdom and Canada. Next, the company is looking to expand into Asia-Pacific, and by the end of the year plans to increase its fleet from 15 to 40 vessels.

XOCEAN isn’t the only company riding this wave. There is L3Harris, whose unmanned vessels have been used by the US Navy, Saildrone which has collected data from the Arctic to the equator as part of environmental research, and Ocean Infinity, which is spearheading the development of larger uncrewed vessels.

USV operators have to demonstrate that their vessels have an equivalent level of safety, she says, including how the boat would react to a potential collision, or what happens if there’s a technical failure or lag between the remote operator and the vessel itself.

“We have to be really confident that the plans and processes they have in place and the equipment they’re using ensures that if things go wrong, the vessel is in a safe state and isn’t going to endanger others,” she tells CNN Business.

XOCEAN’s vessels use light detection and ranging (lidar) technology to detect nearby objects, and there is both a USV pilot and surveyor monitoring each active vessel 24 hours a day.

They can control navigation if the vessel goes off course and ensure that it follows “the rules of the road at sea,” says Ives.

Without a human on board, each watercraft can spend up to a month at sea — which means more time on data collection. It can also brave weather conditions that a crewed ship might avoid. “We’ve had a vessel out in really truly horrible conditions, and we sit here in the comfort of our homes,” says Ives. 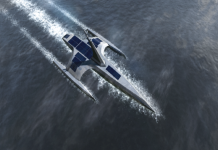 The Mayflower Autonomous Ship, Boats Always Break But Not The A.I. 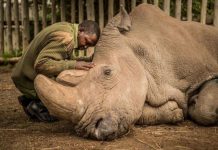 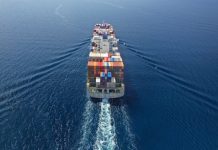 ABB Offers Shipowners A New Point Of Entry To Digitalization