Several recent big items of positive news relating to exports of oil and LNG along the Texas Gulf Coast might come just in time to help allay fears of new, downstream bottlenecks for products coming out of the Permian Basin and Eagle Ford Shale plays, writes Mansfield-based energy consultant David Blackmon in Forbes.

The current bottleneck, of course, involves a lack of needed pipeline takeaway capacity for oil and gas coming out of the Permian Basin. But a dozen or more pipeline expansions and new-build projects currently in progress promise to quickly alleviate that situation during the course of 2019 and 2020. The vast majority of takeaway capacity in these projects will be designed to move the production to ports along the Texas and Louisiana Gulf Coast, with several of the lines picking up crude and natural gas produced in the Eagle Ford along the way.

The Possibility of New Bottlenecks

This outlook has in recent weeks produced a new concern that, as those new pipelines get filled up with more and more volumes coming out of West and South Texas, new bottlenecks could materialize related to the capacity along the Gulf Coast to refine and export the production. Several recent developments in the Corpus Christi area hold the promise of heading the potential new bottlenecks off before the can form.

Where natural gas is concerned, Cheniere Energy this week was able to load its first shipment of LNG out of its new Corpus Christi LNG terminal . The Maria Energy tanker, which has a capacity of 174,000 cubic meters of LNG, left the terminal with a full load on December 11, the first load of LNG to ever ship out of a Texas-based facility. “Exporting the first commissioning cargo of LNG from Texas demonstrates Cheniere’s ability to deliver projects safely and ahead of schedule, including the first greenfield LNG export facility in the lower 48 states,” Cheniere chief executive Jack Fusco said.

Cheniere said it plans to run 5 to 7 additional test cargoes through its first liquefaction train before placing it fully on-line in early 2019. The company also plans to place a second train on-line later in 2019 and a third in 2021. Each train will have the capacity to produce LNG volumes equal to 689 million cubic feet of natural gas per day. When combined with the two additional new trains Cheniere plans to add to its Sabine Pass facility in West Louisiana and the planned opening of the Freeport LNG facility near Houston during 2019, any fears of a looming bottleneck for natural gas along the Gulf Coast will likely end up being misplaced.

Where crude exports are concerned, the recent positive news events have centered around the Port of Corpus Christi (PortCC), which has emerged as the nation’s largest crude export facility since 2015.

The first bit of good news came in late November, as the Army Corps of Engineers Work Plan for 2019 was revealed to include an additional $59 million in funds targeting the Corpus Christi Ship Channel Improvement Project (CIP). This brings the total funds committed to the CIP by the feds to $95 million, still well short of the total promised federal share of $230 million, but enough to keep the process moving forward throughout the coming year. The project is needed to enable Port CC to land and fully load the newest class of crude supertankers (VLCCs) in its main ship channel.

The second piece of news came this morning, related to PortCC’s plans to construct a VLCC-capable satellite loading facility at Harbor Island, which lies across the Intracoastal Waterway from Port Aransas. Port CC announced several milestones have been reached for this project, including:

None of this means that people can or will stop worrying about the potential for the development of new downstream bottlenecks during 2019 and 2020. Oil and gas people are notorious worriers, after all. The point is that folks at the Gulf Coast’s ports and export facilities aren’t just sitting around waiting for an issue to materialize, and with a little luck and further movement from congress on the Army Corps of Engineers budget during 2019, might even be able to get ahead of it. 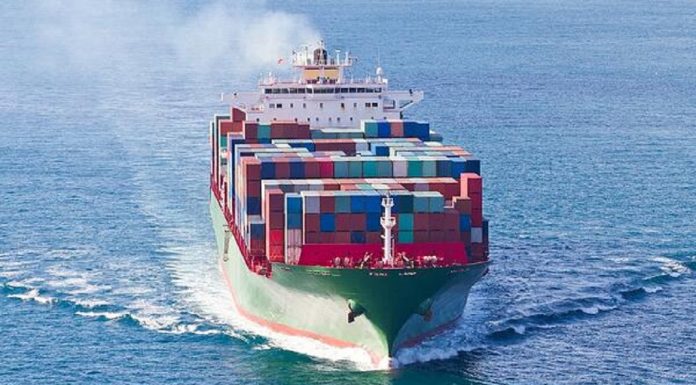 Data Analytics in the Maritime Space

One Vaccine Dose Powers Protection For People Who Had Covid, Finds Research