What does the decree says?

The decree says a plan for the berth of the cruise ships outside the Venice lagoon must be drawn up and implemented.

In the meantime, big ships will keep docking at the city’s industrial port, which has been the landing site for them since last December.

There have long been calls for cruise ships to be banned from Venice because of their impact on the city’s delicate historic buildings and on the lagoon’s unique ecosytem.

The drive to ban them intensified after a cruise ship crashed into a quay in June 2019.

“Everyone who has been to Venice in recent years, whether they be Italian or a citizen of the world, has been astounded by the sight of these ships that are hundreds of metres long and as tall as apartment buildings passing through places as fragile as the Giudecca Canal or in front of St Mark’s,” said Franceschini.

“That is why the decision by cabinet to definitively plan and implement the docking of the ships outside the lagoon, as UNESCO has long asked Italy to do, is so important”. 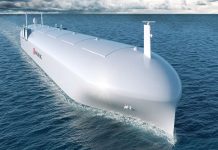