Cruise ships are frequently referred to as “floating cities,” with their passengers having access to everything from movie theaters to comedy clubs and on-board parades. And just like cities, cruise ships have crime. Kidnappings or homicides are rare, but vacationers at sea are at risk of some serious offenses: most notably sexual assault.

According to US government data, sex crimes far outweigh any other major offense on board.

While there were no murders in all of 2016 or the first quarter of 2017 on cruise lines that embark and disembark in the US, there were 62 reported sexual assaults, out of 92 alleged crimes in total — nearly 70%. NBC News reports in a recent investigation that many of the victims are minors.

The problem of sexual assault on cruise lines is a long-running one. The industry and the government have been reporting some data on these crimes for years. Yet the American public has only had a more complete picture since 2016, after reporting standards were changed. These numbers are still likely smaller than in reality—sex crimes are generally under-reported, and what gets classified as an assault depends on the cruise line’s security officials. Experts point out that incidents are often miscategorized as lesser crimes.

The cruise-ship environment can help enable sexual assault. On holiday, people become less vigilant. “They are on vacation, they think they are going to be safe, they’re going to be protected,” says attorney Michael Winkleman of Florida-based Lipcon, Margulies, Alsina & Winkleman, which specializes in maritime claims. The fact that alcohol is often abundant, and no one is limited by having to drive, can add to an atmosphere conducive to sex crimes. If the cruise lines “were truly honest and transparent to the general public about the risk of rapes sexual assault at sea,” Winkleman tells Quartz, “their business would likely go down.”

Teens often can wander ships on their own, and then find themselves in dangerous situations. This year, a woman sued the cruise company Carnival, after her 15-year-old daughter said she was raped by a group of drunk men when she left a teens-only club on a Carnival ship to get ice cream.

Perpetrators take advantage of a certain culture of impunity, according to Winkleman: “They often know that they can get away with stuff like this because these cases are very rarely prosecuted.” Crew members accused of assault or molestation —taking advantage of their position of power when faced with a minor—are often just fired and sent home, he says.

The biggest difference between a crime committed on land and aboard a cruise ship is that there is no immediate law- enforcement involvement. Instead, those investigating the crime are guards hired by the cruise company who automatically have an adversarial relationship to the victim, says the attorney, because potential lawsuits loom.

Then there’s the messy problem of jurisdiction—which could be a mix of federal, local and foreign, since ships often sail under the flags of the other countries such as the Bahamas, Panama or Liberia. These countries investigate these cases “even more rarely,” than US authorities, says Winkleman.

The industry maintains that cruise lines are safe, and that these incidents are rare when compared to occurrences on land. “Cruise lines have every incentive to ensure a safe and enjoyable holiday experience for all passengers and therefore continually assess improvements to passenger security and safety,” Michael McGarry, senior vice president for public affairs with the Cruise Lines International Association told NBC.

The issue, however, is on US lawmakers’ minds, and proposed federal legislation aims to fundamentally change the way laws are enforced onboard cruises. One of the solutions in the bill, introduced in April by Connecticut senator Richard Blumenthal, is to assess the possibility of installing so-called “sea marshals” on ships, to better monitor passenger safety. 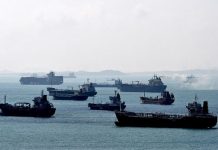 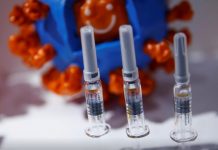 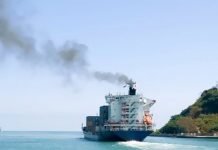 The Maritime Sustainability Trends of 2021