The Deputy Shipping Ministry was set up in 2018 underscoring the importance of the maritime industries. Demetriades explained what he believes has been achieved and set out plans for the future, says an article published in Seatrade Maritime News.

Cyprus is perhaps best known as a ship management and owning centre and over the last decade it has seen a three-fold increase in the number of companies registered under its tonnage tax system from 95 to 285 at present. In terms of shipowning the country has a fleet of around 1,100 vessels with a combined gross tonnage of roughly 25m gt.

“So, this shows that the companies are trusting our EU approved tonnage tax system, which extended for another decade till 2029,” the Minister said.

The pandemic saw Cyprus demonstrating its commitment to the shipping industry and its seafarers, who endured the hardship of the crew change crisis globally and regulations that saw them confined to vessels for months on end. “From the very first month of the pandemic back in March 2020 we declared seafarers as essential workers facilitating up to now, and making possible, the repatriation and crew change of over 65,000 seafarers,” Demetriades said.

Cyprus also launched an initiative to vaccinate 40,000 seafarers from its national quota.

With the current crisis in Ukraine following the Russian invasion of the country Cyprus continues to support seafarers and the industry with a cooperation with the Central Bank of Cyprus to allow crew to open bank accounts to receive their salaries. “Seafarers, irrespective of nationality, can easily open an account in Cyprus – a bank account of limited use, so, shipowners could deposit their salaries there, and so they can have access to their salary.”

He added: “These are a number of examples what we are doing to respond to the crisis to show that we are close to the shipping. We are not just a Registry, we respond to the needs of the industry.”

On the back of its role as a ship management and shipowning centre Cyprus is seeking to grow its services sector to become a fully-fledged maritime centre and the Minister notes they have been successful in attracting the likes of P&I Clubs, marine equipment providers, and technology companies.

“We do believe by delivering these actions, Cyprus shipping will become more resilient to crisis and will have the framework conditions to become more competitive. But also, we will set the basis in conduct to lead to a positive change for global shipping,” Demetriades said.

“With this strategy, now, we are determined for Cyprus to bring more quality ships into our registry, because for us it’s not a matter of quantity, but it’s a matter of quality,” the Minister stated.

As shipping grapples with the transition to low and zero carbon fuels Cyprus has introduced incentives as part of its tonnage tax system. Owners and operators going beyond global commitments by IMO can enjoy up to a 30% discount on their tonnage tax.

He explained that it was not only important as discount to shipowners who demonstrated a green commitment, but also enables Cyprus to measure that’s its fleet is headed in the right direction in terms of reducing its environmental impact. “As a registry we want also to guide shipowners, the companies that are trusting us to the right direction, in order to provide guidance and support in this green transformation.”

Looking more broadly Cyprus believes it has role to play in promoting the image and importance of shipping globally. “I would also like to see Cyprus contribution for better shipping globally be further enhanced. Because I do believe that as maritime nations, as people and a country that is passionate about shipping, we do need to see a greater and the role of the civil society acknowledging the role of shipping,” Demetriades stated. 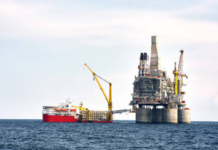