The USCG has issued a new circular on the potential dangers and risks to ship owners and operators of marine bollard failure. The circular explains that “typically, the failures are associated with abnormal dynamic loads transferred to the bollard from a vessel, oftentimes caused by excessive winds acting against the sail area of vessel.”

Recently there have been a number of shore side marine bollard failures in US ports, as a result, vessels were cast adrift. A number of potential causes of these failures are identified as follows:

As detailed by the USCG circular, the U.S. Army Corps of Engineers, NAVAL Facilities Engineering Command and Air Force Civil Engineering Support Agency has issued a handbook providing “naval facilities guidance for the planning, inspection, assessment, and reporting of mooring hardware conditions.” The USCG encourages shore side facility personnel to use this handbook.

The potential for marine bollard failure increases the risk of the vessel coming into contact with third party structures/objects and being involved with collisions with other vessels that are close by at the relevant berth.

These incidents can lead to physical damage to the vessel and potentially large/expensive third party claims (e.g. damage to berth/ship; loss of use etc.) being made against the vessel/the ship owner’s P&I club.

When bollards are visibly in a poor condition or state of repair, vessel personnel are encouraged to raise their concerns/objections with relevant facility managers, and to act appropriately to make sure that mooring does not take place on bollards which are likely to fail.

Particular care should be taken in times of high wind or heavy weather, where dynamic loads/stress acting on bollards are likely to be greater. 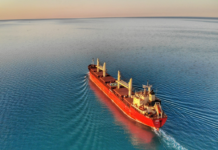 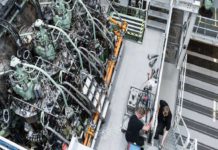