A recent news article published in the ICS states that there is stagnation in R&D investment creating unacceptable risk for industry zero emissions future.

R&D in the automotive sector

Ahead of a key meeting of IMO member states in London this week, ICS, which represents 80% of the world’s merchant fleet, has highlighted that growing uncertainty is leading to a reduction in confidence about R&D investment.

The lack of clarity, in part due to the increasing levels of political risk and resulting investment risk, is leading to limited R&D investment for ‘green’ fuels for ships, and the accompanying technologies they need to be safely used.

There is also growing concern about the safety and toxic emission associated with the use of some proposed alternative fuels.

Without government support for rapid research and development, this will add unacceptable levels of risk to investments made in shipping by both the public and private sector.

ICS is co-sponsoring with 10 Governments

As technology development is traditionally uncertain and takes time, ICS is co-sponsoring, along with 10 governments and industry partners, a 5 billion USD R&D fund for shipping – the IMRF, which provides certainty through guaranteed 10-year funding to support the ‘de-risking of investments’ for advancing technology readiness levels.

IMO member states can use the MEPC meeting to clearly signpost to industry that international consensus can be found to effect environmental change and reduce political risk. All we are asking for is for governments to put our money where their mouth is.

ICS is calling for a clear political signal now so that investment can be brought forward to create the technologies needed to decarbonise the industry.

The evidence is clear from other sectors that this is what is needed.

Like other industrial sectors we also need governments to send a clear political signal that they are serious about the development of a global market-based measure to create the business models that will incentivise the adoption of these new fuels and technologies. 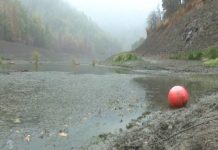 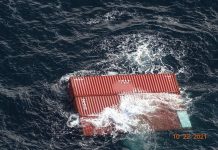 Fire Onboard Cargo Ship! Containers Of ‘Hazardous Materials’ Among Dozens That Went Overboard 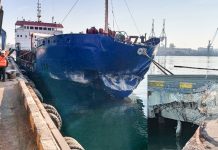