International Law Office has published an interesting news on how to discharge cargo from ships that are arrested.  The key aspects pertaining to this important study are given by  Mr. Rajasingam Gothandapani in a clear way.

What happens when a ship is arrested?

A ship may be arrested in Malaysia as long as the claim of the arresting party falls under any of the provisions of Section 20(2) and Section 21 of the Supreme Court Act 1981 of England and Wales.

Any party that wants to arrest a ship in Malaysia must strictly comply with Order 70 of the Rules of Court 2012 (the ROC 2012), which governs admiralty proceedings in the High Court.

A ship is not allowed without sheriff’s permission

Master can cease the cargo

If the ship has commenced loading before the arrest takes place, the sheriff or assistant sheriff will direct the master of the ship to cease all cargo loading operations immediately after the execution of the warrant of arrest.

Cargo can be discharged

In the event that the ship is under arrest, but the cargo is not, any party entitled to immediate possession of the cargo (the cargo interest) may have the cargo discharged from the ship.

What is the procedure to discharge cargo?

Order 70, Rule 12(8) of the ROC 2012 provides that where a ship is under arrest but the cargo on board is not, the cargo interest that wishes to discharge the cargo may, without being made parties in the action, request the sheriff or assistant sheriff to authorise steps to enable the cargo to be discharged.

Alternatively, pursuant to Order 70, Rule 12(10) of the ROC 2012, the cargo interest that is unable or unwilling to provide said undertaking may intervene to be made parties to the action and apply to the courts for an order to discharge the cargo from the ship and directions as to the sheriff’s fees and expenses in relation to the cargo’s discharge and storage.

Order 70, Rule 16(1) of the ROC 2012 provides for cargo interests to apply to the courts for leave to intervene in the action.

The leave application will be made ex parte by way of notice of application supported by an affidavit showing the applicant’s interest in the cargo on board the ship that is under arrest and against which the action has been brought.

According to Order 70, Rule 16(3) of the ROC 2012, where leave has been granted by the courts to the cargo interest as the intervener, the cargo interest will thereupon become a party to the action and enter an appearance therein in the registry within the period specified in the court order for granting the leave.

What is the cost of discharging cargo?

In the event that a ship is under arrest and the cargo laden on board is not, the intervener or cargo interest that asserts rights over the cargo would have to offload the cargo at its and not at the sheriff’s expense. In The Sea Urchin [2014] SGHC 24, the Singapore High Court held as follows:

[30] In the present case, the Vessel, and not its cargo, was under arrest. The intervener who asserts rights over the cargo would have to off-load the cargo at its expense, and not at the Sheriff’s expense. This would be the position unless the equities of the case justify treating the costs of discharge as Sheriff’s expenses (see The Nagasaki Spirit [1994] 2 SLR(R) 165 at [30])…

[34]… Just as the costs of discharge of cargo do not fall automatically under Sheriff’s expenses, transhipment expenses for the same reasons stated above should not be treated as Sheriff’s expenses to be paid out from the sale proceeds. In the final analysis, such costs are, in principle, claims for each of the contract of carriage against the vessel owners and/or the charterers. (Emphasis added.)

The English case of The Jogoo [1981] 1 WLR 1376 also provides that “in the event of a contract of carriage not being completed by ship-owners the cargo-owners should pay for the removal of their own cargo and then claim against the ship-owners for the damage suffered”. 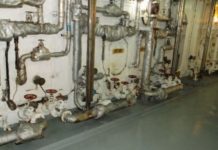 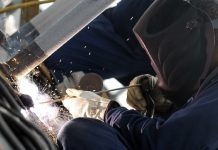 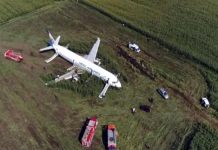 mfame editor - August 12, 2019
2
For more than a century, the Panama Canal has helped move ship by ship around the world. It's acted as a pinch point in...

mfame editor - July 1, 2019
0
Big shipbuilders pull out of £1bn MoD support-vessel shortlist. Blow for UK as Italian and Korean yards withdraw from tendering. Disclaimer: This video is intended...
Powered by Pojo Software Pvt.Ltd
This website uses cookies to improve your experience. We'll assume you're ok with this, but you can opt-out if you wish.Accept Read More
Privacy & Cookies Policy
Necessary Always Enabled