The bacteria has the remarkable ability to almost double the size of livers by stimulating healthy growth. But working out how they do it could lead to new age-defying therapies, the scientists say.

Leprosy causes disability when it infects the nerves, skin and eyes. Throughout history, those infected have been shunned. But the bacterium that causes it, Mycobacterium leprae, has other, unusual properties, including the ability to perform “biological alchemy”, converting one type of bodily tissue into another, which are fascinating scientists. So the researchers turned to another animal that catches the disease – armadillos.

The experiments, which were performed in the US, showed the infection heads to the armored animals’ livers, where it performed a controlled hijacking of the organ to reprogram it for its own purpose.

“It was totally unexpected,” Prof Anura Rambukkana, from the University of Edinburgh’s center for regenerative medicine said. “It is kind of mind-blowing,”. “How do they do that? There is no cell therapy that can do that.” she added.

The precise details of how this is all happening remain elusive. Nobel Prize-winning research has shown it is possible to forcibly turn the clock all the way back to the point at which cells regain the ability to become any other type of cell in the body – but this runs the risk of turning them cancerous.

It’s a much safer way and they take a longer time to do that, so this is a natural process.

The hope is the approach can be harnessed for repairing the livers of people waiting for a transplant – or even to reverse some of the damage caused by aging elsewhere in the body. Dr Darius Widera, of the University of Reading, said: “Overall, the results could pave the way for new therapeutic approaches to the treatment of liver diseases such as cirrhosis…” However, as the research has been done using armadillos as model animals, it is unclear if and how these promising results can translate to the biology of the human liver. 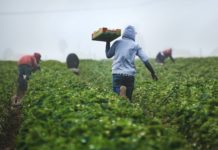