An explainer from classification society DNV says that the regulations will come as a result of the “Fit for 55” package of proposals unveiled by the European Commission in July aiming to reduce the EU’s total GHG emissions by 55% by 2030, says an article published in Marine log.

These are proposals put forward by the European Commission, and negotiations with the European Parliament and the European Council are just starting. These negotiations will be lengthy and complex, and DNV expects it to be well into 2022 before we start seeing agreed outcomes. Regardless of the outcomes of the upcoming discussions, there is no doubt the final regulations and directives will have a significant impact on shipping.

Shipping will become subject to the ETS as of 2023, with those ships presently reporting emissions under the EU MRV regulation required to purchase CO2 emission credits. All intra-EU emissions will be included, but only 50% of the emissions for voyages when arriving in or departing from the EU. There will also be a phase-in period starting with 20% coverage in 2023 and increasing to 100% in 2026. Non-compliance will be subject to fines and may eventually lead to a ban from EU waters.

This is a new regulation coming into effect in 2025, imposing life cycle GHG footprint requirements on the energy used onboard ships. It will apply to the same ships that are covered by the EU MRV regulation and will, in addition to CO2, cover methane and nitrous oxide, all from a well-to-wake perspective. The GHG intensity of the energy used will be required to improve by 2% in 2025 relative to 2020, ramping up to 75% by 2050. Credits will be granted for energy generated onboard, such as by wind power. The regulation will also require container and passenger vessels to connect to shore power from 2030 for stays longer than two hours. As with the ETS, non-compliance may lead to fines and being banned from EU waters.

This regulation is an update of an existing directive and will require EU member states to ramp up the availability of LNG by 2025 and onshore electrical power supply by 2030 in core EU ports.

This directive is being revised to remove the tax exemption for conventional fuels used between EU ports as of 1 January 2023. International bunker for extra-EU voyages remains tax-exempt. For heavy fuel oil, the new tax rate will be approximately €37 per tonne. LNG will initially be taxed at a rate of EUR 0.6 per GJ (gigajoule). Alternative fuels will be tax-exempt for a ten-year period.

The EU regulations will be in addition to the IMO regulations on GHG reduction. From a strategic perspective. DNV says “customers are advised to start planning their decarbonization efforts as outlined in the latest version of our Maritime Forecast to 2050.” 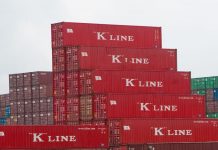 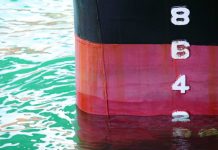 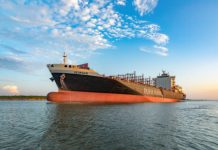