Octopuses, crabs and lobsters are capable of experiencing pain or suffering, according to a review commissioned by the UK government, which has added the creatures to a list of sentient beings to be given protection under new animal welfare laws, reports CNN.

The report said lobsters and crabs shouldn’t be boiled alive and included best practices for the transport, stunning and slaughter of decapods and cephalopods.

The report by experts at the London School of Economics looked at 300 scientific studies to evaluate evidence of sentience, and they concluded that cephalopods (such as octopuses, squid and cuttlefish) and decapods (such as crabs, lobsters and crayfish) should be treated as sentient beings.

“The Animal Welfare Sentience Bill provides a crucial assurance that animal well being is rightly considered when developing new laws. The science is now clear that decapods and cephalopods can feel pain and therefore it is only right they are covered by this vital piece of legislation,” said Animal Welfare Minister Lord Zac Goldsmith in a statement.

The Bill, which isn’t yet law, will establish an Animal Sentience Committee, which will issue reports on how well government decisions have taken into account the welfare of sentient animals. It is part of a wider government Action Plan for Animal Welfare.

The report used eight different ways to measure sentience including learning ability, possession of pain receptors, connections between pain receptors and certain brain regions, response to anesthetics or analgesics, and behaviors including balancing threat against opportunity for reward and protection against injury or threat.

It found “very strong” evidence of sentience in octopods and “strong” evidence in most crabs. For other animals in these two groups, such as squid, cuttlefish and lobsters they found the evidence was substantial but not strong.

However, the report said these varying degrees of evidence reflected disparities in the amount of attention different animals have received from scientists.

“Scientific attention has gravitated towards some (animals) rather than others for reasons of practical convenience (e.g. which animals can be kept well in labs) and geography (e.g. which species are available where a lab is located). Because of this situation, we think it would be inappropriate to limit protection to specific orders of cephalopod, or to specific infraorders of decapod,” the report said. 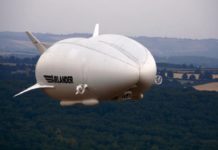