The Airbus A320 plane was carrying 132 passengers and five crew member, when the incident occurred, and landed safely Sunday afternoon.

Aviation authorities have expressed concern about the risk posed by the increasing number of drones.

No arrests have been made and police are investigating the incident. 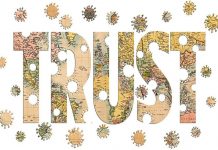 Mfame Team - March 8, 2018
0
Wreckage from the USS Lexington was discovered on March 4, 2018 by the expedition crew of Paul G. Allen’s Research Vessel (R/V) Petrel. The...
Powered by Pojo Software Pvt.Ltd
This website uses cookies to improve your experience. We'll assume you're ok with this, but you can opt-out if you wish.Accept Read More
Privacy & Cookies Policy
Necessary Always Enabled