The captain and first officer of a ship that ran aground on coral reef in Mauritius have been found guilty of endangering safe navigation, reports the New York Times.

The captain, Sunil Kumar Nandeshwar, admitted to drinking moderately during a birthday party onboard before the MV Wakashio ran aground on 25 July 2020. About 1,000 tonnes of fuel oil leaked into the water, sparking an ecological emergency.

Sunil Kumar Nandeshwar and his first officer, Hitihanillage Subhoda Janendra Tilakaratna were found guilty under the 2007 Merchant shipping act by a court in the capital, Port Louis.

Nandeshwar said he had given orders to approach Mauritian waters so that the crew could get phone reception to make calls to their families.

“The sea was bad but the visibility was clear and it was safe to navigate,” Nandeshwar said. “At one point, the ship could not move and had touched the sea floor.”

“Since I had a few drinks, it did not seem worthwhile to intervene and it did not occur to me that we were sailing that close.”

The ship ran aground at Pointe d’Esny, a known sanctuary for rare wildlife. The area also contains wetlands designated as a site of international importance by the Ramsar convention on wetlands.

The investigation found that the lookout officer had been allowed to stay at the birthday party which meant that he could not ensure the safe navigation of the ship.

Nandeshwar apologised to Mauritians for the damage caused. Tilakaratna appealed to the court for leniency and said he had not been able to see his family since his arrest.

The pair are due to be sentenced on 27 December.

At the time of the incident, Greenpeace Africa warned that “thousands” of animal species were “at risk of drowning in a sea of pollution” with dire consequences for the economy, food security and health in Mauritius. 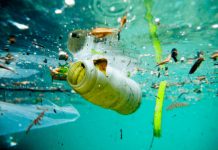