The recently launched GREEN RAY initiative, coordinated by VTT Technical Research Centre in Finland, is aiming to develop three solutions for reducing methane slip from LNG-fuelled engines in both new and existing vessels, says an article published in BunkersSpot.

The five-year project, which launched last month, has received a €7 million grant from the European Commission under the new Horizon Europe research and innovation programme.

The consortium will develop two engine technologies and one after treatment technology for existing ships and newbuilds.

The first engine-based approach will focus on reducing methane slip at all engine loads for four-stroke engines and would have applications in the cruise, ferry and gas carrier markets.

The project will also focus on developing a solution for two-stroke engines, based around a patented LNG injection system, and this would have applications for the tanker and containership segments.

All the technologies will be demonstrated onboard two new ships and one retrofit to existing vessels, all of them targeting the Technology Readiness Level (TRL) 7: System prototype demonstration in an operational environment.

Ratio Of Green To Fossil-Fuel Financing Has Stayed Similar! 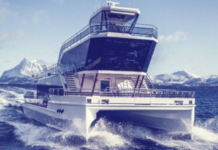