CertificateEcochlor, Inc. is pleased to announce that their filterless EcoOne™ and EcoOne™ Hybrid has received United States Coast Guard (USCG) Type Approval, says an article published on their website.

The EcoOne™ BWMS has been tested extensively to ensure that it works effectively as a single-step treatment, without a filter, under all operating conditions in brackish and marine waters in accordance with the USCG, Standards for Living organisms in Ship’s Ballast Discharged Waters, Final Rule (Final Rule).

The IMO Type Approval Certificate was awarded in September 2021 demonstrating compliance with one of the most recent, stringent testing standards available in the industry.

“All of our arrangements for the USCG Type Approval came together quickly due to some very hard work by our engineering team and with the great help of our partners in this endeavor – DNV, Golden Bear Research Facility, DHI and Maran Tankers. This is due to everyone staying focused and following through on every little detail in a timely fashion. It is a fantastic achievement and a credit to each and every person who worked on the team,” said Leif Melhus, Senior Engineering Manager.

“Our EcoOne™ and EcoOne™ Hybrid BWMSs with both IMO and USCG Type Approval have revolutionized the BWMS industry,” said Andrew Marshall, CEO.

“Whilst we acknowledge that there isn’t any single BWMS that will fit all applications for every trade route, we now offer three variations of BWMSs ─ a filtered, filterless and hybrid version. Add to that our powerful chlorine dioxide (ClO2) treatment technology ─ which is effective in all water conditions without any need for the crew to adjust operating parameters ─ and low cost. Accordingly, shipowners will no longer have to install BWMSs that are not optimal for their vessel or trade routes. The Ecochlor systems, already having a strong reputation for reliability, make an especially attractive option for any shipowner focused on compliance.”

Ecochlor’s three products incorporate ClO2 technology in different ways to provide shipowners flexibility in the installation and operation of their BWMS.

Benefits to every Ecochlor system includes few main components to minimize breakdowns, no TRO sensors, no complex power or electrodes, no retreatment or neutralization at discharge, high flow rates (16,200 m3/h), an option to gravity ballast, and the lowest power requirements in the industry.

With the EcoOne™ BWMS it is even easier for the crew to operate, even less equipment to maintain, lower power requirements, allows for gravity ballasting both intake and discharge, and the system is as much as 40% less expensive to install.

Mr. Marshall stated: “Many of our new contracts are with current clients on their “second wave” of BWMS installations and most of them are purchasing an EcoOne™ or EcoOne™ Hybrid this time around. This is due in part to the lower CAPEX and OPEX costs for the shipowner, positive feedback from their crew regarding our previously installed systems, high operability (98%) of Ecochlor system, and the excellent service support programs we offer to them.” 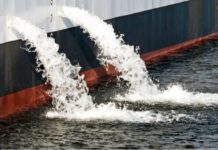 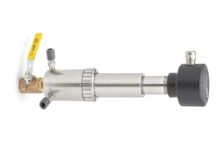 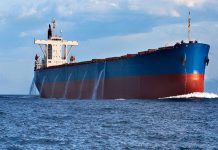