The energy sector’s bull run shows no signs of slowing down, with the sector closing comfortably at the top of Tuesday’s S&P sector standings, even as crude oil prices barely budged, says an article published on the nasdaq website.

Energy sectors are on bull run

U.S. natural gas prices have been driven sharply higher by the cold snap on the East Coast, with the February Henry Hub contract gaining USD 0.999 per million British thermal units (mmBtu) w/w to settle at USD 4.874/mmBtu. The January contract expired on 27 January, reaching a 13-year high of USD 7.46/mmBtu intra-day before expiring at USD 6.265/mmBtu.

Weather in U.S. gas-consuming areas has been colder than normal for the past two weeks; the American Gas Association (AGA) estimates that there were 248 gas consumption-weighted degree days in the week ending 29 January, 27 more than usual. The cumulative number of degree-days since the start of October stands at 2,396, 344 less than normal.

The OPEC joint technical committee met on Tuesday, ahead of the ministerial meeting on Wednesday, to discuss oil-market fundamentals. The group has predicted an oil surplus in 2022 to clock in at 1.3mb/d on average, versus its prior forecast of 1.4mb/d, according to the Reuters.

Sources close to the group indicate that OPEC+ is likely to stick to its 400kb/d monthly production hike, while Goldman Sachs expects the cartel to announce a ramp in production quotas by 800kb/d in Wednesday’s meeting. The OPEC+ production target has been raised by 400kb/d seven times at monthly meetings since the current agreement was reached in July 2021.

Flying under the radar

In its latest commodity update dated Feb. 1, Standard Chartered says a surge in U.S. oil output in Q4-2021 has gone largely unnoticed by the oil market and oil analysts.

However, the analysts estimate (using revised data published in the EIA Petroleum Supply Monthly’ PSM’ on 31 January) that U.S. oil supply actually averaged 18.795mb/d in November, a m/m increase of 352 thousand barrels per day (kb/d). That’s a good 935kb/d higher than the above EIA forecast and just 375kb/d (1.96%) below January 2020’s all-time high.

StanChart says the surge in U.S. production is evident in the latest set of earnings reports by oil companies, with 2.018mb/d of Q4 oil liquids output having been reported so far, a q/q increase of 98kb/d (5.1%). Company guidance suggests that the surge is likely to continue, in particular by Big Oil with ExxonMobil (XOM) saying its target is to increase its Permian output by 25% while Chevron (CVX) has projected full-year growth of 10% for its Permian output for a similar period.

The surge in U.S. supply runs counter to the market narrative by investment bank proponents of an oil super-cycle. Growth in U.S. supply was predicted to be limited in 2021 because of investor pressure for dividends rather than growth. However, StanChart analysts say that many analysts missed the fact that at current prices, oil and gas companies can significantly increase both dividends and capex.

Indeed, the analysts have predicted that we will see substantial upward revisions to 2022 U.S oil supply growth are likely from agencies, consultants and Wall Street analysts. If U.S. supply merely stays at its November 2021 level throughout 2022, annual average growth would still surpass 1mb/d, more than the current U.S. supply growth forecasts by the International Energy Agency (IEA) and the OPEC Secretariat.

StanChart says it expects U.S. oil supply to continue to surprise on the upside in 2022, and that this surge will not remain under the market radar for much longer.

Luckily for the bulls, the banker says U.S. production growth will not continue indefinitely, and independent producers will be forced to stick to capital discipline.

The commodity experts have forecast that growth will slow in 2023 and beyond, with production growth from independent publicly-listed companies becoming crimped even at higher price levels weighed down by ESG mandates, shareholder demands for capex discipline and pressure to return capital, rising service costs and underinvestment affecting the drilling of new wells.

Further, the key factor for supply growth in several regions is whether drilling will ramp up fast enough to offset any reduction in the completion of DUCs. Without extra drilling, growth is likely to slow, and for now, there are no signs in the Bakken and Niobrara in particular of any upswing in activity going by the latest Baker-Hughes data. 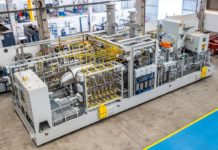 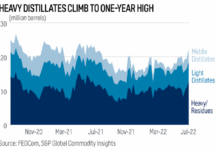