A recent news article published in the Platts states that as Asia focuses on energy security, diplomacy takes a backseat.

At a time when keeping fuel affordable is the prime concern of many import-dependent Asia energy consumers, diplomacy may be the last thing on the minds of their policymakers.

Delegates who attended the Asia Pacific Petroleum Conference (APPEC) by S&P Global Commodity Insights in late September were unanimous in their view that as long as any trade is within legal bounds, many Asian countries will continue to buy oil from Russia despite the rest of the world preparing itself to get tougher on Moscow for its war on Ukraine.

With Russia having declared partial mobilization and its plans for occupied areas of Ukraine to hold referenda on joining Russia, delegates said they were closely watching developments related to more Western sanctions being imposed, as well as the possibility of more Russian oil getting diverted to Asia.

“We will definitely buy Russian crudes as they are so cheap, but the wave of procurement ahead of Dec. 5 is unlikely to be big due to a strong US dollar and uncertainties around the price policy,” a senior official with a Chinese state-owned trading house said.

China’s crude imports from Russia have continued to stay elevated through 2022, averaging at 1.71 million b/d over January-August, up 7.3% year on year, according to customs data.

India imported close to 950,000 b/d of Russian crude in July, compared with 970,000 b/d in June, according to S&P Global. The share of Russian crudes has stabilized at about 18%-20% of total imports in recent months.

“There’s a crucial import ban that starts on Dec. 5 for Europe, and then there’s a product import ban that starts on Feb. 5, so if nothing else changes, then what that means is that Russian oil would need to find a home that isn’t the UK, the US or the EU,” Vitol CEO Russell Hardy told APPEC. “It’s going to go further and longer distances and find different markets, and for doing that, it will have to trade at a discount.”

Speakers at APPEC said energy security will be the top priority for Asia and Europe over the next couple of years amid growing concerns over Russian gas supply cutoffs and oil trade disruptions, setting the stage for unconventional crude flows from Europe, as well as oil product sales from East to West to flourish.

Felipe Bayon, CEO at Colombia’s state-run oil company Ecopetrol, held similar views, saying energy security would be at the top of the agenda for many governments, although at the same time they would not lose sight of energy transition.

“I think what’s also important is energy sovereignty,” Bayon said. “Many countries are trying to provide diesel, gasoline and other oil products to their communities and to their people at affordable rates.”

Calm before the storm

Global crude oil prices are hovering around $90 a barrel, feeling the downward pressure from China’s firm reiteration of pursuing zero-COVID-19 policies, as well as plans by the United States to release more oil from its strategic reserves.

Based on the September outlook by S&P Global, Asian oil demand growth this year has been revised down by close to 1 million b/d from end-January, with China’s demand destruction accounting for bulk of the downward adjustment as Beijing sticks to its “dynamic-zero” COVID-19 policy. For now, China’s oil demand is expected to contract by about 300,000 b/d in 2022, before rising by 485,000 b/d in 2023.

Analysts attending APPEC were also unanimous in their view that the revival of overall Asian oil demand to pre-pandemic levels is likely to get pushed back until 2023 as a worse-than-expected consumption outlook in China on the back of pandemic-induced lockdowns will more than offset gains in other pockets of the region this year.

In addition, the global economic revival process has run into several roadblocks this year. Among those challenges are soaring inflation and the ongoing negative spillovers from the Russia-Ukraine war.

Soaring energy prices have complicated the task for Asian policymakers, forcing central banks to focus on containing inflation, even as demand continues to contend with the pandemic’s scars in many parts of the region.

Many APPEC delegates said the sharp decline in Asian currencies against the dollar has also emerged as one of the major risk factors for regional oil demand.

One APPEC delegate summed it all up in saying there are “too many things for Asia to worry about. We are not out of the woods yet and, unfortunately, it won’t happen anytime soon.” 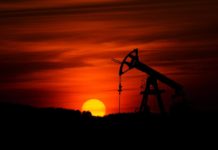