On 12 May 2021 Eni released Eni for 2020, its 15th voluntary sustainability report, which illustrates Eni’s concrete contribution to a just transition, building on the company’s path towards carbon neutrality by 2050, reports Eni.

“Eni for shows our commitment to a socially fair and inclusive energy transition that ensures access to energy for all while protecting the environment,” said Claudio Descalzi, Eni’s Chief Executive Officer. “In the last years, we have set our strategy on an evolution of our business model that is strongly focused on long-term value creation for all our stakeholders, tracing the path to carbon neutrality by 2050. By pursuing this vision, we have strengthened our partnerships with international organizations and development agencies which constitute an effective tool to mobilize resources that are not exclusively economic and to support the growth of our host countries”, Descalzi added.

As an integrated energy company, Eni works in 68 countries, giving substance to its Mission, which is inspired by the 17 United Nations Sustainable Development Goals (SDGs), to respond to universal challenges in an increasingly demanding context, also in view of the health emergency that began in 2020.

Eni for explains Eni’s initiatives undertaken on this path over the last year. The report, which is reviewed by PwC, is composed by three volumes, Eni for a Just Transition; an in-depth analysis on the path towards Carbon Neutrality by 2050, in line with the recommendations of the Task Force on Climate-related Financial Disclosures (TCFD); and one dedicated to Sustainability Performance over the last five years.

Eni for Carbon Neutrality by 2050 describes Eni’s pathway towards net zero GHG Scope 1, 2 and 3 emissions, in line with the Paris Agreement’s highest ambition to keep global warming within the 1.5°C threshold. The decarbonisation of the company’s energy products and operations will be achieved through existing activities and technologies. They will lead to a doubling of bio-refining capacity over the next four years; an increase in the production and marketing of biomethane and hydrogen; and a growth in renewable energy capacity to 60 GW by 2050, as well as the development of initiatives and systems for the storage and use of CO2.

From this perspective, Eni has continued developing innovative systems for the exploitation of CO2, such as mineralisation technologies. Furthermore, Eni is engaged in research and development activities with leading Italian and international technical and scientific partners to develop access to clean, safe and unlimited energy sources such as the transformation of wave energy into electricity and magnetic confinement fusion.

Eni for a Just Transition reports on the strengthening of the company’s commitment to respecting and promoting human rights, in line with the United Nations Guiding Principles on Business and Human Rights (UNGPs) and the 10 principles of the Global Compact LEAD. In 2020, Eni, among other things, adopted a new Code of Ethics and a new Supplier Code of Conduct; assigned a human rights objective to 100% of the CEO’s first reports; provided 33,112 hours of specific training on the subject; included human rights clauses in 97% of security contracts and assessed 100% of suppliers according to social criteria. The robustness of the path undertaken has been confirmed by the result in the Corporate Human Rights Benchmark, in which Eni ranked first (ex aequo) among about 200 companies.

The report includes data and stories on local community development initiatives undertaken in partnership with international organisations and civil society to support education in Mexico, women empowerment in Angola and entrepreneurs’ training in Ghana.

Eni for A Just Transition also includes a thematic chapter on sustainable finance, as a further sign of its relevance in Eni’s strategy. Indeed, during 2020, the company continued consolidating its commitment in this area, obtaining important recognitions from the main ESG indices to measure environmental, social and governance performance. 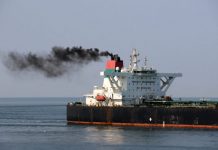 Who is the 100th State Party To MARPOL Annex VI Regulations?