The investigation by the UK’s Marine Accident Investigation Branch (MAIB) into the grounding of an 11,939-gt chemical tanker on 25 October 2021 in southern England. The Liberia-registered tanker struck the Shingles Bank while transiting the Needles Channel near the Isle of Wight.

At 1618 on 25 October 2021, the Liberian registered 11,939gt chemical tanker departed from the buoyed channel and grounded on the Shingles Bank while transiting the Needles Channel on passage to Alexandria, Egypt.

A lifeboat was launched from Yarmouth and two harbour tugs, Scotsman and Yorkshireman, were sent to assist. There were no injuries or pollution and the vessel, which was undamaged, was refloated later that evening.

Chemical tanker was heading from Fawley refinery in Southampton to Alexandria, Egypt laden with 13,213 tonnes of carbon black feedstock when the bridge team ignored IMO guidance not to use the Needles Channel.

The tanker hit the sandbank and was refloated later that evening from the bank with no injuries, pollution or damage to the vessel.

The MAIB preliminary assessment, while recognising the Needles Channel was a challenging route, found that chemical tanker bridge team did not work effectively together or make full use of the ship’s ECDIS during the transit.

Furthermore, the chemical tanker’s  passage plan did not consider IMO Resolution A.768(18), which recommended that laden tankers of over 10,000gt do not use the Needles Channel ‘due to tidal problems and apparent movement of the sand banks’. This warning information could also be found on the Admiralty Chart for the area.

Based on the findings of its internal investigation, chemical tanker managers, ASM Maritime B.V, have taken measures to improve the future safe operation of their vessels by prohibiting them from using the Needles Channel.

The company has also implemented procedures intended to improve navigational practices and has begun a programme of bridge team management refresher training for all deck officers. The Chief Inspector has written to ASM Maritime B.V, advising the managers of the MAIB’s findings and acknowledging the safety actions they are taking.

The Chief Inspector of Marine Accidents has also written to Associated British Ports Southampton. While acknowledging that the Needles Channel lies outside its pilotage area, the chief inspector has nonetheless advised the harbour authority to review the information provided by its pilots and VTS operators to vessels intending to use the Needles Channel and, specifically, to draw their attention to the guidance in IMO Resolution A.768(18). 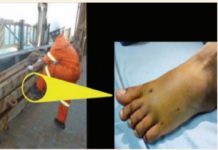 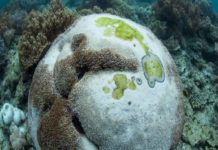 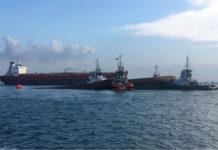