Confidence in the EU’s ability to handle crises has taken a hit from Covid-19, a major survey shows, but dissatisfaction with national political systems is even higher and most people still support EU membership and want a stronger, more cooperative bloc, reports the Guardian.

A wake-up call for Brussels

The report’s authors suggested the polling should be a wake-up call for Brussels, warning that while public support for the broader European project remained high in many countries, it was fragile and would not easily survive more disappointment.

Europeans were “making a distinction between the need for cooperation and solidarity at a European level, and their confidence in the EU to deliver,” they said, and were unhappy the bloc had “missed an opportunity to prove its worth.”

The polling also suggested Brexit had changed Europeans’ views of the UK, with the prevailing view now seeing Britain – like the US – as a “necessary partner” to be “strategically cooperated with” rather than an ally, and one in four Germans and one in five French and Spanish respondents considering it as a rival or adversary.

The report, published by the European Council on Foreign Relations (ECFR) on Wednesday, suggested the bloc’s poor early response to the pandemic and slow initial vaccine rollout had dealt a heavy blow to confidence in its capabilities.

Moreover, in all of the states bar one, a majority of respondents still felt membership of the EU was “a good thing” for their country (the exception was France, where the largest number of respondents said membership was “neither good nor bad”).

The survey revealed a broad sentiment that the 27 members should cooperate more, with majorities in all of the 12 countries surveyed except France and Germany – where there were significant minorities of 47% and 45% respectively – saying the coronavirus pandemic showed a need for greater collaboration.

And despite their frustrations, respondents in eight out of the 12 countries still saw the EU as key to their country’s recovery from the coronavirus crisis.

In every country polled, a majority of respondents – headed by Portugal at 91%, Spain on 80%, Italy at 77% and Poland with 68% – said they would like to see the EU adopt a more unified response in future towards global crises and challenges.

A plurality also said they wanted to see the EU playing a more assertive role on the world stage, for example by championing human rights and the rule of law when they are violated in countries such as Turkey and China, while prioritising democratic values and the rule of law within the bloc.

Need for EU to up the game

“The fact that two of the EU’s largest and most influential states – France and Germany – are the least convinced about the need for European cooperation underlines the urgency with which the EU needs to up its game,” the authors wrote.

“Both countries have important national elections coming up in the next year, which may present a challenge for the EU’s leaders. Our polling data indicates that the EU has used up its second chances.”

They said EU leaders had an opportunity at this summer’s G7, Nato and EU-US summits to “reboot the permissive consensus for the European project,” but must avoid “institutional over-reach or over-promise.”

Instead, they said, they should focus on “playing a role where they can genuinely enhance national governments’ efforts, and in which the European public want to see them engaged,” such as human rights, the rule of law and democratic values.

Post-pandemic recovery would be critical, they said. “The commission cannot afford to make the same mistakes as it orchestrates the bloc’s economic revival,” Dennison said. “The recovery fund, by ushering in green, inclusive growth, could be the EU’s next success story.”

Puglierin added that the data showed Europeans wanted “decisive leadership that prioritises multilateralism, and which advocates and defends their values and interests on the global stage. Senior EU figures would do well to listen and act accordingly. They may not get another chance.” 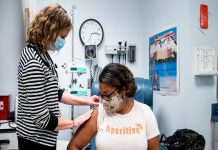 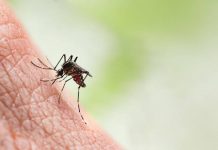 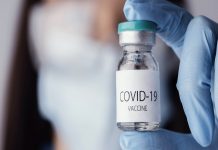 Things Under-30s Need To Know About the Vaccine