European buyers are increasing shipments of coal from across the globe against a backdrop of a proposed European Union ban on Russian imports and the scramble to relieve tight gas supplies, according to data and shipping sources.

The European Commission on Tuesday proposed new sanctions against Moscow over its invasion of Ukraine, including a ban on buying Russian coal and on Russian ships entering EU ports.

The new proposed restrictions come at a time of uncertainty about future gas deliveries from Russia to the EU later this month after the Kremlin’s demand that buyers start paying Russian gas giant Gazprom (GAZP.MM) in roubles.

In March, European countries imported a total of 7.1 million tonnes of thermal coal, which is used in power and heat generation, a 40.5% increase year-on-year and the highest level since March 2019, analysis from shipbroker Braemar ACM, based on ship tracking data, found.

“Shipments from Colombia and the United States have been strong in response to the conflict with Atlantic suppliers providing the most cost-efficient alternative for European end-users.”

The EU depends on Russia for around 45% of its coal imports, 45% of its gas imports and around 25% of its oil imports, according to the European Commission website.

Pressure from Germany to delay

EU envoys are set to approve on Thursday a ban on Russian coal that would take full effect from mid-August, a month later than initially planned, two EU sources told Reuters, following pressure from Germany to delay the measure.

Braemar data showed 3.5 million tonnes of Russian thermal coal were imported into the EU in March, the highest monthly total since October 2020.

German coal importers’ group VDKi on Wednesday said the country should be able to find alternatives to Russian hard coal imports by the peak demand winter season, but there will be technical issues and increased costs.

“Alternatives to Russian coal do exist but will be costly,” consultancy Eurasia Group said in a note on Wednesday.

Imports from South Africa also picked up with 287,000 tonnes arriving in March versus no shipments in March last year.

Australia has also found renewed buying interest from Europe, with thermal coal imports totalling 537,000 tonnes in the first quarter of this year, versus no shipments over the same period in 2021, Braemar said.

But Indonesia and Australia, among the world’s top coal exporters, have hit their production limits and are unlikely to meet Europe’s demand for additional supplies if the European Union bans Russian coal imports, mining executives said.

“There is greater concern over the risks with trading Russian coal (due to broader sanctions), so that is already having an impact on shipments,” one shipping source familiar with the trade said.

Europe is also looking for supplies of metallurgical coal, which is used for steelmaking.

Australia’s Coronado Global Resources (CRN.AX), with metallurgical coal operations in the Australia and the United States, has received queries in the past few weeks from Europe for met coal to replace Russian met coal supplies, a spokesperson said, adding that it expected to meet some of that new demand.

Greece will ramp up coal mining in the next two years as a “temporary” measure to help reduce a dependence on gas that has soared since last year and after Russia’s invasion, Greek Prime Minister Kyriakos Mitsotakis said this week. read more

Although it is still more expensive to burn gas to produce power than coal, the price of thermal – which is for heating and power generation – has reached all-time highs this year.

“The initial disruption to trade patterns will be positive for dry bulk markets, though ultimately, this will push global coal prices higher, incentivising China and India to produce more coal domestically,” Stuart-Grumbar said. 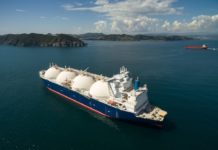 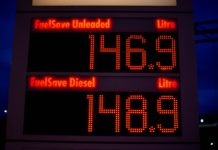 Dark Clouds Of Fuel Poverty Hover Over the United Kingdom