Bunker fuel availability remains steady for all fuel grades in the ARA hub, with several suppliers offering prompt deliveries of LSMGO in the region. Recommended lead times for LSMGO and VLSFO in Rotterdam are 3-4 days, while HSFO requires around 5-6 days, sources say, reports Manifold Times.

Meanwhile, Russia has emerged as the second-largest fuel oil import source for the ARA. According to cargo tracker Vortexa, Russia has accounted for 17% of total fuel oil inflows into the ARA so far in December. This is the first month since August that Vortexa has picked up Russian fuel oil cargoes arriving in the ARA. Denmark has been the top source of fuel oil imports for the region in December followed by Russia, Lithuania, the UK, Germany, Finland, Poland, France, Argentina and Estonia.

Strike action at BP’s Rotterdam refinery ended earlier this month, and a revival in production there is set to further boost bunker fuel supply in the ARA, according to sources. The strike had left BP’s 393,800 b/d nameplate capacity Rotterdam refinery idled for nearly two weeks.

Supply of VLSFO and LSMGO is said to be normal to tight for prompt dates off Skaw, requiring lead times of around seven days, a source says. Prompt availability of HSFO is tight and may require a longer period, the source adds.

Bunker supply is normal in Germany’s Hamburg and recommended lead times are about five days across all grades.

LSMGO and VLSFO supply is normal in Bremerhaven but securing prompt delivery of HSFO can be difficult there, a source says.

Bunker fuel supply across all grades is said to be normal in Gibraltar this week, sources say. Conducive weather conditions in the region have helped suppliers to clear a backlog of vessels. Bad weather had previously disrupted bunker operations in Gibraltar for several days. One supplier in Gibraltar and three in Algeciras experienced slight delays on Wednesday, according to port agent MH Bland.

Bunker operations are running normally in other regional ports in the Gibraltar Strait.

Prompt supply of VLSFO and LSMGO is said to be normal in Algeciras, Ceuta, Las Palmas, and Malta, according to sources. However, HSFO deliveries remain subject to enquiries in most regional ports.

Some congestion was reported in Ceuta on Wednesday, according to shipping agent Jose Salama & Cia. 13 vessels were due to arrive for bunkers.

No congestion has been reported in Malta this week, according to Seatrans Shipping agency. An average of nine vessels have arrived to bunker in Malta each day this week, which is slightly more than last week.

In the Greek port of Piraeus, availability of VLSFO, LSMGO and HSFO is said to be normal, a source says. Suppliers can deliver stems for prompt dates there, the source adds.

Strong winds have hit Algoa Bay, disrupting smooth bunker deliveries in the region since Tuesday, according to Rennies Ships Agency. Weather conditions are forecast to remain rough until Friday morning, which could cause more delays and disruptions. Nine vessels are scheduled to arrive for bunkers in Algoa Bay and Port Elizabeth this week, Rennies says. Meanwhile, bunker supply is said to be steady there as well as in Durban.

Lead times of around seven days are advised for VLSFO and LSMGO deliveries in Durban and Algoa Bay, a source says.

Prompt supply of VLSFO and LSMGO is normal in Mozambique’s Nacala port, a source says. The two grades are tight for prompt delivery in Maputo, the source adds. Three vessels are due to arrive for bunkers in Nacala and Maputo this week. 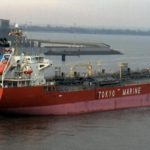