Japanese new ship export rose by 36.0 in June this year on tonnage basis compared to the previous month, says an article published in SteelOrbis.

According to the data released by the Japan Ship Exporter’s Association (JESA), Japanese new ship export orders in June this year rose by 36.0 percent on tonnage basis compared to the previous month.

The rise was  to 38 ships, compared to 20 ships recorded in  May, totalling 1.60 million gross tons, including 24 bulk carriers, 11 general cargo ships and 3 tankers.

In the first six month of this year, Japanese shipbuilders received new export orders for a total of 164 ships with an aggregate of 7.46 million gross tons, down 19.2 percent year on year. 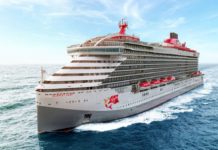