Limit personnel exposure to chemicals or their vapours

The accuracy required of chemical carrier level gauges is high because of the nature and value of the cargo. To limit personnel exposure to chemicals or their vapours while cargo is being handled, or during carriage at sea, the IBC Code specifies three methods of gauging the level of a liquid in a tank – open, restricted or closed – according to the health hazard of the product. Many chemical cargoes may not be gauged by manual dipping because to do so requires an opening to the atmosphere during operation. The use of completely closed gauging systems is necessary, so that no vapour is emitted.

Examples of closed systems are float gauges or radar systems. Indirect measuring methods such as flow metering may also be used.

Many more chemicals, although still hazardous, do not require quite such rigorous controls, and restricted gauging accepts that a very small amount of vapour may escape during gauging, An example is using a sounding pipe that reaches right into the liquid. Virtually all toxic cargoes require either restricted gauging or closed gauging.

However, other cargoes can be gauged through openings in the ullage space. This is called open gauging.

These are closed gauges, and consist of a float which rises vertically on the liquid. It is attached by a tape to an indicating device for local reading, with provision for a drive mechanism for remote read-out. Particular attention is drawn to the following:

i) floats should be secured when at sea, except briefly during measurement of tank contents. If the float remains unsecured at sea it will almost certainly be damaged due to sloshing of the cargo;

ii) remote and local readings should be compared frequently to determine discrepancies;

iii) readings may need to be corrected to allow for tape and tank expansion or contraction, and ship trim and heel. Tables are normally provided for this purpose;

iv) tapes should be checked regularly for free vertical movement of the float, and if damaged, should be replaced. Particular care is necessary with the rewind mechanisms which are carefully balanced: if obstructed, the gauge readings will be inaccurate;

v) when tapes are renewed, or a gauge reassembled after maintenance, allowance should be made for the level at which the float begins to lift. Manufacturer’s instructions should be consulted;

vi) parts should be securely assembled: special care is necessary with tape-to-float and tape-to-reel attachments. These are also closed gauges, and work on the principle used by a radar set or an echo sounder. Pulses are transmitted from the top of the tank and the time taken for them to be reflected back is measured, and displayed as an ullage or depth. Special arrangements may be made to reduce interference by internal tank structure.

Radar gauges are generally reliable, and most maintenance can be performed from outside, with the tank in the closed condition. Particular care is necessary to protect the delicate transmitters and receivers, and when calibrating this type of gauge. Pressure gauges make use of the difference between atmospheric pressure and the pressure in the liquid near the tank bottom. Sometimes an additional sensor is mounted near mid-depth in a tank to improve accuracy and reliability. In some cases a system can adjust for cargo density by use of sensors at known levels, and in other cases a correction factor associated with specific gravity is necessary. A thermometer is usually included in the sensors, but a disadvantage of pressure gauges is that the cargo temperature may vary widely in a tank and, because correct density is dependent on temperature, an error in readings may develop. The delicate nature of sensors and their susceptibility to cargo leakage makes regular servicing essential.

These systems use a tape to check the level of cargo in a tank. The measuring probe may be inserted into the tank through a small diameter pipe with a ball valve at the end, and portable units can be attached or released from this valve by a screwed adapter to minimise the amount of cargo released. They sometimes have an interface detector, and a temperature sensor built in, with appropriate indicators in the displays. A system employing this type of connection can also be used to take cargo samples.

It should be borne in mind that individual ship has got own characteristics and limitations may involved handling various chemical cargoes . The master and all personnel in all cases must be aware of cargo/ship information that has been given and comply with relevant safety procedures. 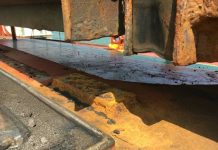 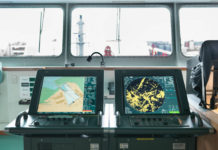 [FAQ] How Onboard Navigation Lights Maintenance is Done? 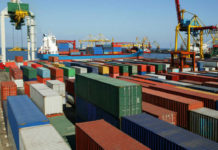