One of the most vital aspects of trading with tanker ships is loading and unloading of the cargo with utmost safety and efficiency, without polluting the marine environment.

Safety of cargo operation implies and includes pre-planning of the cargo before the quantity is nominated and the fixture (Consists of approximate quantity and nomination of cargo, including details of charter parties, load port and disport particulars) is made.

Environment protection is very significant in respect to the large quantities of oil and chemicals, which might get discharged into water as a result of accidental oil spills or human errors.

Sometimes the quantities are large enough to disrupt the entire biological chain of the marine environment in that area and to cause adverse effects of marine pollution.

The ullages to be loaded should be determined as under:

The maximum quantities to be loaded should also take into consideration air and sea water temperatures, which play an important role in changing the volumes of cargo inside the tanks, especially when tanks are loaded above 95%.

E.g A ship loading in Russia and Unloading in Persian gulf must consider the fact that the range of temperature difference of cargoes at load port and discharge port can get as high as up to 40 – 50 degrees in extreme cases. 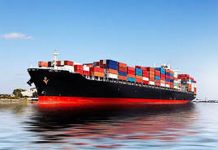 [FAQ] What Are Key Differences Between the Cargo Preference Act Clauses? 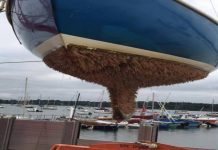 [FAQ] What We Should Know About Anti-fouling Paint? 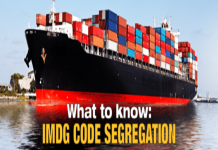 [FAQ] What To Know About IMDG Code Segregation?