Man overboard is a situation wherein a ship’s crew member falls into the sea from the ship, no matter where the ship is sailing, on open seas or in still waters in port.

A recent article published in MarineInsight briefs about the different ways to tackle Man Overboard Situations on Ship. Here’s an excerpt from that article.

A man overboard is an emergency situation, and it is essential to locate and recover the man overboard as soon as possible. Otherwise, due to bad weather or rough seas, the crew member can drown or due to the temperature of the cold water, the person can get hypothermia.

Hypothermia is a situation wherein there is an extensive loss of body temperature due to prolonged contact of the body with cold water, and the body’s normal metabolism and functions get affected.

A person will fall unconscious after 15 minutes in water with a temperature of 5 ̊ C.

Actions to be Taken during Man Overboard Situation

The initial and early sighting of the fallen crew plays a vital role in increasing the percentage of saving their life. The actions for a MOB mentioned below are extremely urgent and must be taken without delay to save the life of the person who has fallen overboard.

Screaming about the MOB when the mishap is realised is of paramount importance to use all manpower available for immediate use. Also, sighting a person amidst the glare during daylight is hard as visibility is compromised. Hence, immediate action is needed in such a situation to avoid fatalities in such circumstances.

The lifebuoy also adds to the life-saving process as the smoke signal leaves a conspicuous mark by the day or night. It is also important to pick up the lifebuoy to not confuse any other ships passing by about the status of the MOB. They must not assume that there is a MOB in the vicinity and proceed towards helping the person when he has already been rescued. Also, one must always wear a life jacket while working, and if one falls overboard, one should not waste energy by thrashing the waves or panicking in the water.

Entries in the Ship’s Logbook hold great legal importance and should be made carefully. Always try to succeed in the first attempt, as even a little delay can cause a human life. 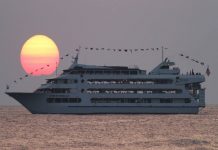 [FAQ] How To Track A Cruise Ship? 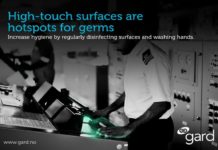 [FAQ] Do You Handle Onboard Hygiene For High-Touch Surfaces? 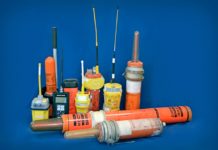 [FAQs] What is An EPIRB?