An LNG tanker was berthed alongside a shipyard, undertaking repairs to her port and starboard main boilers. The work included extensive re-tubing and air casing repairs and it was carried out by a well established boiler repair contractor who was familiar with the vessel. The ship managers’ technical superintendent and the repair contractor’s technical superintendent were both on site.

As the repairs neared completion, the repairer sub-contracted a UK chemical cleaning expert, who was well known to him, to carry out the post-repair chemical clean of the internal surfaces of the boilers. Inhibited sulphamic acid was selected as the cleaning agent. The inhibitor component protected the boiler steel from acid attack, a by-product of which is hydrogen gas. The inhibited cleaner also contained a colouring agent to indicate the acid strength.

After completing shipyard-sponsored safety training, which included permit to work and entry into confined space routines, the cleaning expert set up his equipment. However, he did not have a method statement or any risk assessments to support his work, and neither the prime contractor nor the managers’ technical superintendent asked for them. There was a blind acceptance that he was the expert, and those on site, including the ship’s engineers, had virtually no interaction with him.

Following a successful pressure test, the starboard boiler was cleaned of oils and greases using a proprietary alkaline cleaner. This went without incident and was completed the following day. Meanwhile, the ship managers arranged for a Danish chemical cleaning expert to oversee the clean on their behalf. This was not unusual in the case of high-value contracts but neither the prime repair contractor nor the UK chemical cleaning expert was aware of his impending arrival.

At 08:00 on the day of the chemical clean, the water was heated up and circulated around the boiler. By 13:00 the water was at 57°C. The overseer, worried that the continued heating would be detrimental to the effectiveness of the inhibitor, recommended that the heating steam be turned off. By mid-afternoon, 800kg of sulphamic acid had been added to the water/acid mixing tank. At 17:00, tests were carried out which confirmed that the inhibitors were still active and the water/acid colour and pH readings confirmed that the acid strength was still satisfactory. Although checks were made to ensure there were no leaks, there was no indication that any checks had been made on the ventilation system, if indeed it had been fitted. By 21:00, things had changed rapidly.

Tests indicated that the boiler steel was being attacked by the sulphamic acid.

The UK expert was rather sceptical about the interpretation of the test results because he had expected to circulate the water/acid mixture for a few more hours. However, he agreed to stop circulating it and reconfigured the system to pump the mixture into a shore-side bowser. In the meantime, he asked the repair contractor to arrange for the after door of the starboard boiler steam drum to be opened so that the internal surfaces of the boiler could be inspected.

At about 21:45 the steam drum door was opened, and as the contractors pushed the door into the drum there was a noticeable suction as the seal was broken. The workers also moved a nonintrinsically safe halogen lamp to a handrail near to the steam drum. At 22:00, both the cleaning experts approached the steam drum door. No tests were conducted to check the steam drum atmosphere for either toxic or flammable gases. The UK expert picked up the halogen lamp and placed it just inside the steam drum. The Danish expert saw a small flame or spark, and an explosion immediately followed.

The UK expert was thrown backwards about 4.5 metres; he was found to be unconscious and had suffered a number of fractures and severe burns. Sadly he failed to recover from his injuries and died nine days later. The Danish expert was also burned, but less severely. There was no fire or severe damage to either paintwork or structure. 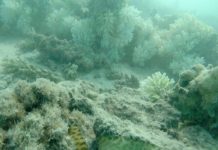