Russia has unleashed an invasion of Ukraine after months of massing troops near its borders. The military action, ordered by Russian President Vladimir Putin on Feb. 24, amounts to a full-scale invasion, says Ukrainian President Volodymyr Zelenskyy, reports Nikkei Asia.

Dozens of military sites have already been hit by Russian fire, and casualties are mounting. The repercussions are being felt beyond Europe as rising geopolitical risk and volatile energy and financial markets rock Asia.

Ukraine’s defense lines were holding against the Russian attack, President Volodymyr Zelenskiy says in his latest video, adding there had been no respite in Moscow’s shelling of Ukraine since midnight.

Zelenskiy said Russia’s changing tactics and shelling of civilians in cities proved Ukraine was successful in resisting Moscow’s initial plan of claiming a quick victory through a land assault.

The Russian Defense Ministry acknowledges for the first time a substantial number of casualties in Ukraine, saying 498 Russian troops have died and 1,597 more have been injured.

The U.K.’s Ministry of Defence tweeted an intelligence update that says Russia’s long convoy heading to Kyiv has made little progress

– “The main body of the large Russian column advancing on Kyiv remains over 30km from the centre of the city having been delayed by staunch Ukrainian resistance, mechanical breakdown and congestion. The column has made little discernible progress in over three days.”

– “Despite heavy Russian shelling, the cities of Kharkiv, Chernihiv and Mariupol remain in Ukrainian hands. Some Russian forces have entered the city of Kherson but the military situation remains unclear.”

– “The Russian defence ministry has been forced to admit that 498 Russian soldiers have already been killed and 1,597 wounded in Putin’s war. The actual number of those killed and wounded will almost certainly be considerably higher and will continue to rise.”

Russian and Belarusian athletes will not be able to compete at the Winter Paralympics in Beijing, the International Paralympic Committee says, following Russia’s invasion of Ukraine for which Belarus has been key staging area.

The decision comes a day after the IPC gave athletes from the two countries the green light to participate as neutrals, saying that the governing body had followed its rules and that “athletes were not the aggressors”. “Following a specially convened meeting, the IPC Governing Board has decided to refuse the athlete entries from the RPC and NPC Belarus for the Beijing 2022 Paralympic Winter Games,” the IPC said.

Amid Russia’s invasion of Ukraine, Quad leaders will hold a virtual meeting on Thursday. India’s Ministry of External Affairs said in a statement that Prime Minister Narendra Modi, U.S. President Joe Biden, Australia’s Scott Morrison, and Japan’s Fumio Kishida “will exchange views and assessments about important developments in the Indo-Pacific. … The Quad leaders will also review ongoing efforts to implement the leaders’ initiatives announced as part of the Quad’s contemporary and positive agenda.” The statement does not mention the exact timing of the meeting.

Fitch and Moody’s have downgraded Russia’s sovereign credit rating by six notches to “junk” status, saying Western sanctions have thrown into doubt Russia’s ability to service its debt. Russia’s financial markets have been thrown into turmoil by sanctions imposed over the country’s invasion of Ukraine.

The White House imposes more sanctions on Russia and adds penalties against Belarus in response to the Moscow’s invasion of Ukraine. “The United States will take actions to hold Belarus accountable for enabling Putin’s invasion of Ukraine, weaken the Russian defense sector and its military power for years to come, target Russia’s most important sources of wealth, and ban Russian airlines from U.S. airspace,” the White House says in a statement.

Russia continues to justify its actions

“The Russian troops, the Russian army are on an honorable mission: to eliminate the real threat to Russia which until recently was emanating from Ukraine, from where, against the will of the Ukrainian people, NATO bases, nuclear weapons and delivery vehicles were to appear in the near future. Our Motherland will be protected,” Russian Defense Ministry spokesman Igor Konashenkov is quote as saying by Interfax.

The resolution was supported by 141 member states. Russia, Belarus and three other countries voted against it. China and India were among the 35 member states to abstain. 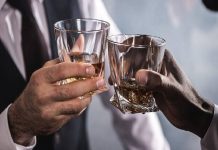 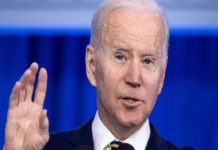 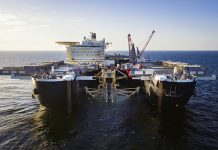