Thanks to the combination of a wider market contango and depressed freight rates, there has been more enquiries for tankers to store diesel in northwest Europe.

The last occasion when the need for storing diesel in floating storage arose when the contango widened considerably in response to rising European imports and a lack of available storage.  Contango has not widened to the same degree since then, and storage availability. The economics for floating storage are being supported by lower clean tanker freight rates.

The narrower contango in mid-July would reduce a month of storage gains on a 90,000t cargo by around $380,000.  Freight costs would also be lower by $300,000.  Demurrage costs are likely to be lower than they were in December, following the drop in freight rates.

The tanker STI Grace, booked by trading company Glencore, left Yanbu on Saudi Arabia’s Red Sea coast on 4 July carrying around 80,000t of diesel, bound for Rotterdam, the Netherlands. The journey normally takes around 12 days, but the tanker is yet to discharge any of its cargo and reported its position in the middle of the North Sea earlier today.

Glencore is likely to have negotiated with the shipowner to keep the product stored on the ship as the tanker was booked on a voyage charter for the journey.  Alternatively, it will be paying demurrage fees.  So far the STI Grace is the only tanker seen used to store diesel offshore northwest Europe.  However, the ship brokers are fielding enquiries for 90,000t tankers.

The weaker contango in the second quarter prompted traders to offer some diesel tank space on a sublet basis.  And some diesel tankers were cleaned and converted to help store the growing oversupply of gasoline during this time.

Jet fuel cargoes to northwest Europe from Asia-Pacific have altered their routes via the Cape of Good Hope, rather than the shorter Suez Canal route, allowing traders to take advantage of the contango and to avoid demurrage fees because of limited tank storage space. 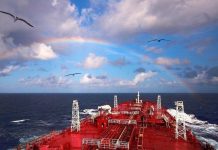 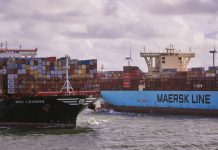