Oil traders are storing as much as 80 million barrels of oil on tankers at sea, with further ships being sought as land storage sites fill up fast due to a global glut of stocks, writes Jonathan Saul for Reuters.

Traders rushed for storage after global oil demand collapsed by a third due to the coronavirus outbreak, and as top producers Saudi Arabia and Russia have refused to curb output so far, creating what is believed to be the biggest oil glut in history.

The last time floating storage reached similar levels was in 2009, when traders stored over 100 million barrels at sea before offloading stocks.

There are over 770 supertankers in the world – each carrying a maximum of 2 million barrels – and shipping sources estimate that between 25 to 40 are currently being used for floating storage.

Locations typically include the U.S. Gulf and Singapore, where major oil hubs are situated. This compares with fewer than 10 such vessels – known as very large crude carriers (VLCCs) – in February.

The crude market is currently trading in what is known as contango, where forward prices are higher than immediate prices. This market structure encourages traders to park barrels in storage in the hopes of selling them for a profit later.

Once in a generation situation

Richard Matthews, head of research with ship broker E.A. Gibson, estimated that at least 31 VLCCs had been chartered in March for 12 months or less, with it likely that these included storage options.

This compared with 4 VLCCs booked in February for charters of 12 months or less with likely storage options, Matthews added.

Daily tanker rates have rocketed to record highs of over $230,000 a day this week, and reached the $200,000 a day level around March 12. Traders have to pay a premium for longer term charters.

Robert Hvide MacLeod, chief executive of leading tanker player Frontline, described the situation as “once in a generation”.

“It’s now really kicking off – the storage on ships is about to change this market and change 2020 completely,” he told a digital Capital Link forum on Tuesday.

“We are one of the few industries going through a very strong cycle, we are seeing a lot of interest for storage. The contango is there,” he told the forum.

Trade sources said that storage tanks in the United Arab Emirates’ Fujairah, a key bunkering and oil hub in the Middle East, had reached their full capacity for both crude and oil products.

“Owners have been able to put vessels away for 6-12 months at very attractive rates, supported by extreme floating storage economics,” broker Fearnley Securities said in a note this week. “We wouldn’t overrule seeing 100-200 VLCCs taken off the market for the next 6-12 months.”

Hugo De Stoop, chief executive of major tanker operator Euronav, said separately that the global VLCC fleet would be available for floating storage depending on the rates. 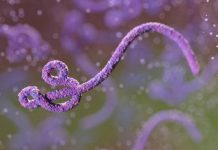 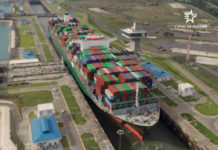 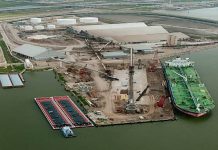 Mfame Team - April 8, 2016
0
The Aircraft carrier is built at a cost of nearly $13 billion. According to a Navy official, the super carrier is expected to...
Powered by Pojo Software Pvt.Ltd
This website uses cookies to improve your experience. We'll assume you're ok with this, but you can opt-out if you wish.Accept Read More
Privacy & Cookies Policy
Necessary Always Enabled