A recent news article published in the Ship and Bunker talks about FOBAS Alert: Contaminated Fuels From ARA Region.

Two distinct properties of such fuels were noted

Initial investigative forensic analysis by Direct Injection and Acid Extract GCMS methods, has indicated these fuels to have uncharacteristically high levels of chemical species, specifically a composite of phenolic compounds (such as Ginkgol & Hydroginkgol) and resorcinol.

The quantities of Phenolic compounds detected in these fuels range between 6,000 ppm – 190,000 ppm with approximately70,000 ppm of resorcinols. Collectively these extraneous components were found in the region of 20-25% which is uncharacteristically high. Presence of Phenolic compounds at such high levels contravenes the stipulations of the revised MARPOL Annex VI regulation 18.3 and International Marine Fuel Standard ISO 8217, Clause 5. As per ISO 8217 and MARPOL Annex VI, marine fuels supplied to ships should be free from chemical waste or added substances at quantities that may jeopardise the safety of the ship or adversely affects the performance of the machinery.

Whilst the impact of these extraneous compounds on vessel’s machinery is not fully documented by literature, their presence, and in particular at the levels detected, remains a cause of concern as they are not natural products of a refinery stream. From experience, FOBAS has observed that fuels contaminated with significant levels of phenolic components may cause varying degrees of operational problems.

Investigative analysis such as GCMS

It must be noted that chemical species such as these, if present in the fuel, are not detected using standard ISO test methods and these, like any other anomalous components, can only be ascertained by use of investigative analysis such as GCMS. This highlights the need to be vigilant and in the event a fuel is suspected to be causing operational problems, then detailed records should be maintained to evidence the fuel in use and the fuel management protocol being carried out by the ship.#

In view of the above, if your ships are planning to bunker in this region, we recommend that suppliers are advised of your concerns regarding the quality of the fuel in the area and the possible ingress of such chemical species. Please note that as per ISO 8217 it is noted that a refinery, fuel terminal or any other supply facility, including supply barges and truck deliveries, have in place adequate quality assurance and management of change procedures to ensure that the resultant fuel is compliant with the requirements of Clause 5.

Additional attention should be given to the collection of bunker samples

It should be ensured that all parties have witnessed the sampling process, have signed and witnessed forms accordingly, and that the supporting documentation includes records of all the samples considered representative of the fuel as loaded. The collection of event records and documentation evidencing operational issues on board are critical in demonstrating the fuel in use at the time operational problems have been experienced. 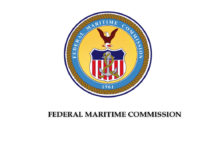