The Italian-flagged containership Ital Libera is sailing back to Italy to repatriate the body of its deceased captain who apparently passed away from COVID-19 and was denied entry into Asia, reports gCaptain.

Nearly two months since the death of an Italian captain onboard Evergreen’s 5,090 teu Ital Libera and his family are still unable to arrange a funeral with port authorities in Asia refusing to accept the ship that was hit with an outbreak of Covid-19.

Captain Angelo Capurro, 61, died on April 13 in Indonesian waters having contracted Covid-19. Other crew from the 2009-built ship also came down with the virus. The ship was en route from Durban to Singapore when the captain became ill.

In the intervening 10 weeks since Capurro passed away, a host of Asian ports have denied the ship access.

Force majeure has been declared and the ship has been diverted to call Italy first in order to repatriate the captain.

The desperate situation onboard even saw Capurro’s family launch a fundraiser on GoFundMe earlier to try and get his return to Italian soil.

“We will fight so that this tragedy that has struck us is not archived, ending up in the anonymity of the numbers of forgotten statistics,” Capurro’s daughter, Maria Eleonora, told Italian newspaper La Repubblica last month. 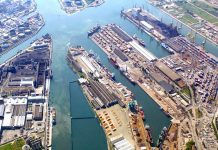 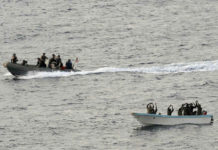 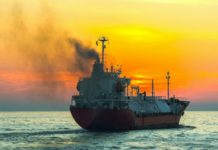