The analysis, conducted by consultants Ernst and Young (EY), looks specifically at the impacts on Puerto Rico, which is an “unincorporated territory”, rather than one of the 50 states, says an article published on Seatrade Maritime.

The conclusions of the report, where EY gathered data from dozens of cargo interests moving material between the continental US and Puerto Rico, are, not surprisingly, very supportive of the Jones Act.

Notably, with Puerto Rico’s economy battered in recent years, by hurricanes and by financial woes including bankruptcy the authors find that the Jones Act bolsters the territory’s economy with an impact of 2,000 plus jobs, $96m in wages, and $221m in economic output.

When the conversation turns to freighting costs, there is always a great deal of subjectivity involved; for example, 53 footers dominate the heavily trafficked roll-on roll-off routes from the southeastern ports , mainly Jacksonville, Florida to Puerto Rico.

So, even if the content of confidential contracts between shippers and carriers were freely disclosed, apples to apples comparisons with various well publicized indices (based on 20 and 40 foot boxes) might not be applicable.

Indeed, the authors steer away from direct discussions of freighting costs.

So, rather than attempt a flawed comparison of freighting costs (as others have tried to do), the authors look in a different direction.

The authors note: “In view of the disruption to the international shipping industry during the COVID-19 pandemic, the Transportation Institute commissioned EY to evaluate potential stability benefits associated with Jones Act.”

The study makes the point that the present complement of carriers serving the island – Crowley and TOTE loom large – brought something very valuable during the pandemic- stability and reliability.

The authors state: “Freight price increases in the Caribbean were more stable during the pandemic than the global average, and rate increases on Jones Act lanes were comparable with the rest of the region.”

The authors also talk about reliability, difficult to measure, but top of mind in the age of supply chain issues, saying: “Dwell times for domestic lanes were lower than international lanes during the pandemic; availability of chassis and containers were also more reliable on domestic trade lanes.”

Of course, any Jones Act discussion brings out a large army of detractors; one very vocal Twitter poster, representing a large Washington, D.C. based think-tank which takes a very hard line against the Jones Act, put up a tweet laden with sarcasm, saying: “Great news everyone, the Jones Act is no longer needed as US carriers can easily compete with foreign shipping.”

When Is The Best Time To Buy Shipping Stocks? 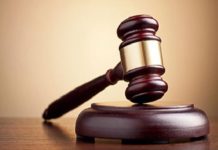