Thomson Majesty was enroute to Calvi, France from Livorno, Italy with 1478 passengers and 579 crew members. On the day of the departure, the OOW looked towards the CCTV monitors and observed smoke and flames from auxiliary engine no. 4. The auxiliary engine was immediately stopped by pressing the emergency stop button, the circuit breakers for the preferential tripping were opened, and the alarm raised. The watertight doors were closed and the oiler, who was in the engine-room at the time, grabbed a fire extinguisher to fight the fire. The engine-room fire squad had also assembled under the supervision of the chief engineer. Within a few minutes of the assembly of the fire squad, the fire was brought under control and extinguished with the use of portable fire extinguishers. Due to the fire, the rubber bellows fitted on the cooling water line in way of auxiliary engine no. 4 was damaged and leaked heavily. Consequently, before the crew members could identify and rectify the problem, the cooling water expansions tanks leaked dry and the running auxiliary engines shut down automatically due to the activation of the fresh water high temperature alarm at about 2200. The situation was, however, alleviated with the automatic starting of the emergency generator.

Subsequently, the damaged bellows was replaced, the system replenished, and purged from air. Power was restored at about 0200 on 22 October 2016 and the vessel returned to Livorno with two auxiliary engines and two main engines running. No injuries had been reported.

The engineers had carried out maintenance on the auxiliary engine on the day of the fire. Maintenance records indicated that the main fuel oil supply and return lines had been dismantled and replaced with new pipes. The fuel lines were fitted in close proximity of the fire seat and therefore the initial inspection of the crew members was directed towards that area. During the course of the safety investigation, the Company issued a Fleet Circular, outlining the following: 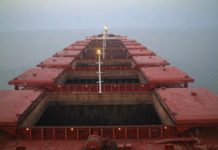 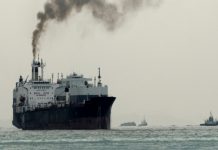 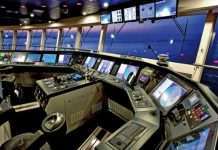