On October 7, a cargo ship collided with a freight vessel near the French Mediterranean island of Corsica.

The cargo ship ‘Ulysse’ collided with the freight vessel ‘CLS Virginia’ while it was anchored about 30 kilometers off the northern tip of the French Mediterranean island of Corsica.

The cargo vessel ‘Ulysse’ was en route from Genoa in Italy to the Tunisian port at Rades near Tunis and the freighter ‘Virginia’ was not carrying any cargo at the time.

Due to the impact of the collision, both the vessels sustained considerable damages. However, the freighter suffered extensive damage with an opening several meters long in its hull. This damage resulted in a fuel leak which reportedly spread to several hundred meters.

The cause of the collision is yet to be ascertained and unruly weather conditions have been ruled out.

A source said, “The Tunisian ship may have been going too fast compared to its ability to react”.

A tugboat has been dispatched to the scene and the French navy has also sent a vessel specialised in containing and cleaning up pollution spills. Italy has also offered its assistance as part of the Ramogepol accord between France, Italy and Monaco to jointly intervene in cases of maritime pollution. 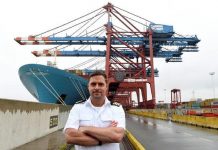 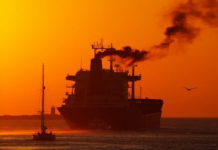 Mfame Team - February 7, 2017
0
A video has captured the moment one very brave woman decided to perform a high dive from a terrifying height. Sydney climbed to a 17 metre...
Powered by Pojo Software Pvt.Ltd
This website uses cookies to improve your experience. We'll assume you're ok with this, but you can opt-out if you wish.Accept Read More
Privacy & Cookies Policy
Necessary Always Enabled