Brussels is delaying setting climate guidelines for the gas while pouring ever-increasing sums of money into hydrogen projects as reported by Politico.

For the hydrogen industry, it’s a subsidy boom.

Regulators aren’t quite sure how to spend this bonanza.

“The initial focus is on domestic production, but we need to look at imports … so we’re really at the initial stage of exploring it,” Rosing added.

Before May 2020, there was no such thing as a standalone EU hydrogen strategy.

Only when the coronavirus crisis threatened to derail those green dreams in early 2020, did the Commission move swiftly to prioritize hydrogen, according to Jorgo Chatzimarkakis, CEO of industry lobby Hydrogen Europe.

“We were very, very fast in reacting to what the Commission needed … we came back to them in May with a concrete plan.”

That industry roadmap called for 40 gigawatts (GW) of electrolytic capacity to be built across the EU by 2030, to use renewable electricity to jolt hydrogen out of water.

Those plans had a €430 billion price tag over a decade.

“Now, the moment we presented that number to the Commission, you should have seen their eyes, the way they reacted,” said Chatzimarkakis.

Last year hydrogen accounted for 2.5% of the world’s final energy demand and was responsible for 2.5% of global CO2 emissions.

The Commission aimed to boost hydrogen’s share to 14% of the EU’s final energy demand by 2050 — and pay to have existing polluting production methods mitigated with nascent CO2 capture techniques before being replaced down the road with the water-and-electrolysis method.

It was a controversial choice that has dogged the Commission ever since.

In late 2021, a high-profile study compared the emissions of making hydrogen from natural gas using CO2 capture techniques to those from burning coal, prompting a massive outcry over the EU plan, which had pitched the method as low-carbon.

Energy Commissioner Kadri Simson told POLITICO that regulators were focused on scaling up “both production and consumption, and that was the reason when we presented our hydrogen strategy … it was covering both renewable hydrogen and low-carbon.”

That market-making rationale drew the ire of climate activists, including Sweden’s Greta Thunberg.

“If nothing else, at least it’s refreshingly honest,” Thunberg tweeted.

Skyrocketing gas prices since the Russian invasion of Ukraine have eliminated the argument that it was necessary to fund gas-based hydrogen until large-scale renewable production sites got up and running.

And there’s a new threat to hydrogen’s green climate credentials: The Commission is considering draft legislation that would not require strict proof that the machines used to jolt hydrogen out of the water are solely powered by new renewable energy installations until 2027.

That would mean that electrolysis machines plugged into the local power grid might, at times when it’s cloudy or not windy, be running on electricity coming from natural gas or coal.

The legislation is already a year behind schedule.

“Reducing policy uncertainty now for renewable hydrogen is paramount if Europe does not want to lose global leadership,” the letter warns.

According to the International Energy Agency, the EU is still only halfway to meeting its own production targets.

China still leads the hydrogen market, followed by the U.S. and the Middle East.

But according to Chatzimarkakis — who is “extremely happy to see that our European campaign to make hydrogen big is working,” even if it means that EU-based firms are now being tempted by sweeter tax credits in the U.S. — there’s still time for Europe to speed ahead.

That is if von der Leyen is willing to up the ante.

“The €3 billion for the hydrogen bank … I tend to interpret the €3 billion as an annual contribution,” he said with a smile. 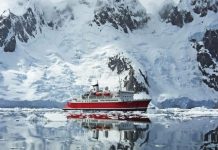 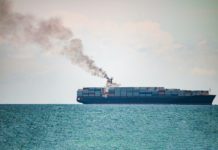