The “Seven Civil Engineering Wonders of the United States” by the American Society of Civil Engineers, San Francisco’s Golden Gate Bridge is a symbol of architectural greatness and an integral part of transportation, says an article published Freightwaves.

Construction on the bridge started 90 years ago last week, kicking off almost four and a half years of arduous and hazardous labor.

If  FreightWaves focused on architecture or construction, this article could spend pages discussing the ins and outs of that aspect of the bridge.

But in addition to its impressive architectural history, it is essential to trucking and even ocean freight, as it is part of an important route in California and provides passage to the vital Port of Oakland.

On Jan. 5, 1933, construction officially began. But, as if building the bridge itself wasn’t challenging enough, the build encountered numerous setbacks.

The first incident included a ship, the Sidney M. Hauptman, losing its way in the fog and crashing into an almost complete trestle, according to the Golden Gate Bridge Highway & Transportation District.

This pushed back construction by a month. Then, nearly four months later, in October 1933, a storm caused swells to batter the trestle until three of five completed fender sections, the end of the access trestle, and construction equipment disappeared into the sea. Another storm in December of that year caused 800 feet of damage to the bridge.

On Oct. 21, 1936, a traveling derrick used to lift large material around fell. A worker on the bridge project, Kermit Moore, was killed instantly. He was the first but not the last victim of the massive construction project.

Four months later, 10 tons of lumber fell into the project’s safety net, knocking 12 men into the water. Only two survived.

This was the last disaster, and construction continued without any other significant disruptions. An earthquake threatened the bridge days before its completion, but no damage was sustained.

Pedestrians first took to the bridge on May 27, 1937, with vehicular traffic following the next day.

According to the U.S. Department of Transportation Federal Highway Administration (FHWA), 555,000 of those are estimated to be freight trucks.

Numerous container ships pass under the bridge each year to reach the Port of Oakland. In 2015, the largest container ship to ever visit the United States at that time cleared the bridge with 20 feet to spare, according to The Associated Press.

The Benjamin Franklin traveled through the area on its way to the Port of Oakland from China. The ship is able to hold 18,000 containers, while the average container ship serving the U.S. then carried 14,000.

On Jan. 4 this year, the FHWA announced a $400 million project through the Large Bridge Grants program to improve infrastructure on the bridge to ensure its longevity due to its importance in California transit. The grant project comes from the Bipartisan Infrastructure Law and its Bridge Investment Program.

Improvements will include replacing, retrofitting and installing critical structural elements to increase resiliency against earthquakes common in the area. 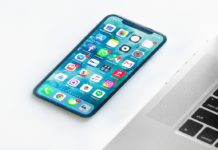 Gen Z Is Overwhelmed by ‘Tech Shame’ At Work!