A recent news article published in the Arugs Media speaks about Green corridors target delayed by one year.

Decarbonisation targets for the maritime sector

The report also expands key decarbonisation targets for the maritime sector that were left undecided at Cop 26. By 2030, the partners plan for 5pc of maritime fuels in use to be scalable zero-emission fuels, and for 20 ports in three continents to provide these fuels to at least 200 vessels on major deep-sea routes.

Since the Clydebank Declaration in 2021, 21 initiatives have been announced for the establishment of zero-emission maritime routes. Most of these were from Europe, and the majority were on short-sea shipping routes in the Baltic and North Seas. Deep-sea routes have been announced, including between Rotterdam and Singapore, Los Angeles and Shanghai, Antwerp and Montreal, and between Australia and east Asia.

“I think we can say — maybe not surprisingly since we are only one year away from Cop 26 — that most of the projects are still in the early phases” said the Global Maritime Forum’s head of institutional strategy and development Kasper Sogaard. While noting that some initiatives have moved to feasibility studies, he said, “we really need to see… that movement accelerating because as we all know, we don’t have a lot of time”.

One of the challenges to progress raised by the report is a lack of a decision on which alternative marine fuels to deploy. The largest share of initiatives do not indicate any alternative fuel, with methanol and ammonia jointly the second most referenced option. Sogaard said “the jury is still out”.

Question of fuel is the pressure of prices

Added to the question of fuel is the pressure of prices. The most recent Argus assessed prices for alternative marine fuels puts green ammonia in the Amsterdam-Rotterdam-Antwerp (ARA) area at a $2,091/t premium to very-low sulphur fuel oil, and biomethanol at a $2,022/t premium to the same. Stakeholders involved in green corridors projects are calling on governments to create policies to fund the difference between alternative and conventional marine fuels. Like the fuels themselves, there is not yet a consensus on how this is to be done.

In June the European Parliament approved a draft legal report on the inclusion of vessels above 400 gross tonnage in its Emission Trading System (ETS). Maritime industry groups responded by calling for revenues raised to be invested back into maritime decarbonisation including support for low- or zero-carbon fuels. The draft legal report requires member states to agree before it is adopted as law.

The International Maritime Organisation (IMO) has market-based measures for alternative fuels are on the agenda for its 79th Maritime Environment Protection Committee (MEPC 79) meeting in December. 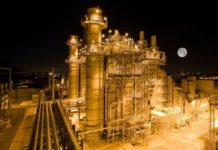 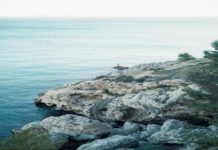 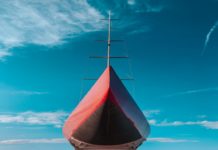