A recent news article published in the Ship and Bunker states that Green Hydrogen Production Boost for Suez Canal.

“In the first phase of the project, Hassan Allam Utilities and Masdar aim to establish a green hydrogen manufacturing facility, which would be operational by 2026, producing 100,000 tonnes of e-methanol annually for bunkering in the Suez Canal,” Amr Allam, chief executive of Hassan Allam Holding, was quoted as saying in local media according to the report.

“The electrolyser facilities in the Suez Canal Economic Zone and on the Mediterranean could be extended to up to 4 GW by 2030 to produce 2.3 million mt of green ammonia for export as well as supply green hydrogen for local industries,” he added.

Green hydrogen, which is produced from renewable energy sources, is one of a number of
alternative bunker fuels slated to replace oil-derived marine fuel. 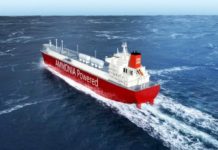