China’s shipbuilding output and newly received order volume both declined in the first half of 2022, but the country still claims the top spot globally, says an article published in Seatrade Maritime News.

According to China Association of the National Shipbuilding Industry CANSI_, Chinese yards’ shipbuilding volume was 18.5m dwt for the first half of this year, declining 11.6% year-on-year; newly-received shipbuilding orders were 22.46m dwt, dropping 41.3%; orders on hand were 102.74m dwt, an increase of 18.6%.

Bulk carriers, tankers, gas carriers and containerships were the major export ship types, accounting for 68.2% of the total export value.

The association forecasts that further external uncertainties will the affect shipbuilding industry’s development, with the global shipping market activity expected to remain strong the newbuilding market should deliver a high volume in the second half of this year. 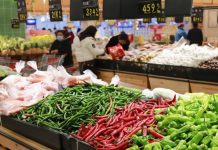 MCTC Reflects on How The Industry Has Evolved