But there’s a burgeoning industry made up of sailors, coffee roasters, olive-oil companies, and wineries that are reverting to shipping practices of the past to move toward a net-zero future.

Instead of transporting products overseas on gas-guzzling container ships, some retailers are choosing to ship their products via sailboats.

The so-called sail freight movement is a proposed solution to the transportation industry’s role as the world’s largest contributor of greenhouse-gas emissions, according to the Environmental Protection Agency.

S&P Global Platts Analytics estimated that maritime shipping alone accounts for between 2% and 3% of global CO2 emissions — a number equal to, if not more than, the aviation sector’s greenhouse gas emissions.

While it may sound idealistic — even “whimsical,” as Bloomberg put it in May — cargo sailboats are currently cheaper and more efficient than container ships, according to Café William, a fair-trade-coffee company that’s set to use cargo sailboats to ship its coffee beans from South America to New Jersey in 2023.

As Russia’s invasion of Ukraine sends the price of oil skyrocketing and the global supply chain continues to recover from COVID-19, cargo sailboats have managed to dodge the port backlogs and rising fuel costs plaguing the modern supply chain, Serge Picard, the owner of Café William, told Insider.

He added: “It’s slowly coming back down, but it’s actually more expensive and takes more time to ship by container ship.”

On the other end of the supply chain, customers are demanding more sustainable products — and they’re willing to pay a premium for it, too, Richard Blake, the founder of Yallah Coffee, a roaster in the UK that sells a 1-kilogram bag of coffee beans sailed from Colombia for $6o, told Bloomberg.

“I know it’s not as advantageous right now for the company,” he said.

“So we’re kind of fighting a two-sided financial game here where when we ship on bunker-fuel cargo ships, there’s no price attached to the pollution that goes per pound of coffee.”

The financial viability of sail freight was the main goal of Danielle Doggett, the founder of SailCargo, Café William’s shipping partner.

Doggett started sailing when she was 13 years old and was later introduced to the concept of sail freight while working on the ship Tres Hombres, which sails a sustainable trade route between Europe and the Caribbean.

While the mission of Tres Hombres served as a major inspiration, she said the company struggled to prove its financial value, thus limiting its scalability.

“So I really took on the financial planning and working on business plans,” Doggett told Insider.

The Vega, a three-mast cargo schooner, is being delivered from Sweden and is scheduled to ship coffee between Colombia and New Jersey this year.

The engine can either be charged using solar panels or through “regenerating energy” produced by the ship’s propellers when sailing.

When the cost of bunker fuel returns to normal, Ceiba’s shipping services are expected to be “slightly more expensive than the cheapest forms of shipping,” SailCargo told Insider.

Speed-wise, Ceiba will be able to attain top speeds of up to 14 knots, six knots slower than a conventional container ship.

Ceiba is being built at the AstilleroVerde shipyard, SailCargo’s headquarters in Costa Rica.

Translating to “green shipyard” in Spanish, the eco-shipyard doubles as a nonprofit that runs educational programs for local residents, as well as an annual tree-planting program to offset the company’s carbon emissions.

“Sailing vessels are an incredible design that dates back hundreds of years, and now we’re seeing this old technology coming back into this modern day,” he told Insider. 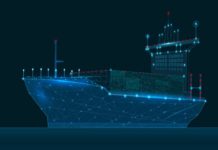 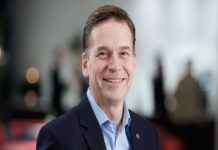