The cruise industry has encountered plenty of difficulties in recent years, largely due to the coronavirus pandemic, says an article published in Businessinsider.

In September 2020, Carnival Cruises announced plans to sell 18 less efficient ships. This would have generated a 12% reduction in capacity, according to its press release.

According to Reuters, the business of cruise ship dismantling was also up 30% in 2020 in Aliağa, Turkey, as ships were being pulled apart for scrap metal sales.

CallisonRTKL, a Washington-based architecture firm, however, may have found an opportunity to reuse these inactive ships for a broader purpose: affordable housing.

Architectural designer Abe Desooky told Insider he conducted a recent study to explore the possibility of taking advantage of decommissioned ships’ oversupply as a primary housing structure in Miami.

“Currently, we are seeing cruise ships being decommissioned at one of the highest rates in history, and simultaneously there is a growing lack of affordable housing in the Miami area,” Desooky said.

As part of the research study, Desooky said 362 Miami residents were surveyed about whether they were interested in living in a coastal housing scenario. According to their findings, 88% of respondents were interested in the concept, with those aged between 41 and 50 being the keenest.

According to Desooky, Miami was already quite expensive for the income that residents had in 2020, fueling the need for affordable housing. Per the findings, 53% of the Miami population pays more than 30% of their monthly household income in housing costs.

“The issue is only growing, it’s not decreasing over time,” Desooky said.

When designing the ship, Desooky said it was important to bear some amenities in mind. This included infrastructure for parking, given how Miami is a car-heavy city, which would sit below deck.

One notable finding from the survey was respondents’ preference for natural light in their bedrooms on the cruise ships, instead of a living room. This prompted the inclusion of a courtyard in the middle of the ship as part of the design.

The inclusion of plants would be opportune for the residents, he added.

Each room, referred to as units, would be designed for one person, Desooky explained. But there is flexibility to combine rooms to house families.

Desooky said the firm has spoken to large cruise companies about the concept. “They were thinking of housing construction workers who are working on private islands and need housing — they could use decommissioned ships to dock there and create temporary housing.”

As it stands, the plan founded by CallisonRTKL is not a business proposal but more of a research study. “Maybe potentially down the road, this concept might come to fruition,” Desooky said.

“As we move closer to environmental decay and climate change, cities like Miami need to start coming up with solutions that are atypical and so I think taking decommissioned ships and not just using them for hospitality is something that should be happening now,” Desooky added. 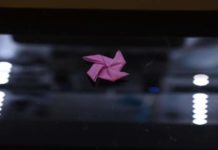 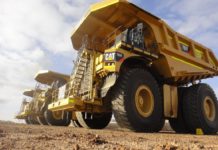 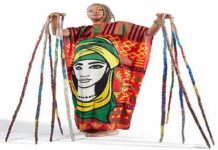