According to a BBC News report written by BBC Environment Correspondent, Helen Briggs, Scientists have warned that turning wild spaces into farmland and cities has created more opportunities for animal diseases to cross into humans and it’s likely to make the world more pandemic prone.

Our transformation of the natural landscape drives out many wild animals, but favours species more likely to carry diseases, a study suggests.

The work adds to growing evidence that exploitation of nature fuels pandemics.

How does this happen?

Scientists estimate that three out of every four new emerging infectious diseases come from animals.

The study shows that, worldwide, we have shaped the landscape in a way that has favoured species that are more likely to carry infectious diseases.

And when we convert natural habitats to farms, pastures and urban spaces, we inadvertently increase the probability of pathogens crossing from animals to humans.

“Our findings show that the animals that remain in more human-dominated environments are those that are more likely to carry infectious diseases that can make people sick,” said Rory Gibb of University College London (UCL).

How can modifying the landscape cause disease?

The transformation of forests, grasslands and deserts into cities, suburbs and farmland has pushed many wild animals towards extinction.

The new evidence comes from analysis of a dataset of 184 studies incorporating almost 7,000 animal species, 376 of which are known to carry pathogens shared with humans.

What can be done to stop this?

There are many factors involved in what scientists call spillover – when a pathogen crosses from an animal into humans, causing disease outbreaks, which may go on to become pandemics.

We know, for instance, that close contact with wild animals through hunting, trade or habitat loss puts the world at increased risk of outbreaks of new diseases.

Coronavirus is thought to have originated in bats, with other wild animals, playing a role in transmission to humans. There are strong indications of a wildlife source and a link to trade.

Wild animals at risk of extinction due to human exploitation have been found to carry over twice as many viruses that can cause human disease as threatened species listed for other reasons.

The same is true for threatened species at risk due to loss of habitat.

Prof Kate Jones of UCL said the findings point to strategies that could help mitigate the risk of future public health threats.

“As agricultural and urban lands are predicted to continue expanding in the coming decades, we should be strengthening disease surveillance and healthcare provision in those areas that are undergoing a lot of land disturbance, as they are increasingly likely to have animals that could be hosting harmful pathogens,” she said.

The study builds on previous research showing how the modification of land for farming and building cities is favouring the same species everywhere.

These survivors appear to be the ones that host the highest number of diseases. They include certain rodents, bats and birds. 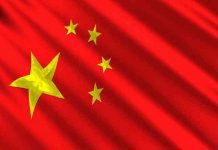 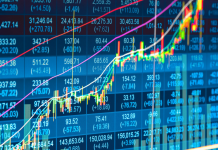