Where do coronavirus variants come from? Through mutation, new variants of a virus are expected to occur explains an article on CNN.

The 30-something woman wasn’t sick for very long. Admitted to the hospital with Covid-19, she needed a little oxygen and was given steroids, but was well enough to go home after nine days. But the virus stayed in her body for seven months, mutating multiple times as it wrestled with her less-than-stellar immune system. This is how coronavirus variants arise.

All viruses mutate constantly if and when they are replicating in a host body. The more people infected, the more chances the virus has to evolve through the process known as mutation.

“The longer somebody has that virus, and the longer that virus has to deal with people’s antibody responses, the bigger the chance is that variants will emerge,” said Penny Moore, an expert in viruses at South Africa’s National Institute for Communicable Diseases. In this case, the patient, a South African, was infected with HIV, the human immunodeficiency virus that causes AIDS. Her HIV was not well controlled and had damaged her immune system, giving the virus the edge it needed to survive in her body for more than 200 days.

In other cases, people may be taking immune-suppressing drugs because they have had organ transplants, or to fight autoimmune diseases. Or they may just have immune systems that are slow to respond to infection.

But around the world, on any given day, the virus is infecting people and mutating in their bodies. When those mutations give the virus some sort of advantage — the ability to replicate faster, or to hide from the immune system — that version will outcompete others.

“The longer somebody has that virus, and the longer that virus has to deal with people’s antibody responses, the bigger the chance is that variants will emerge, “Moore told a webinar hosted earlier this month by the International Antiviral Society.

This is why public health officials the world over are clamoring for everyone to get fully vaccinated as quickly as possible. People who don’t get infected don’t cook an ever-changing virus in their bodies.

“It’s the only way we are going to be able to get rid of the variants, is to lower the number of infections,” Moore said.

And evidence indicates the current vaccines used in the US and many other countries work well to protect people against ever getting infected in the first place.

“Current data suggest that COVID-19 vaccines authorized for use in the United States offer protection against most variants currently spreading in the United States. However, some variants might cause illness in some people even after they are fully vaccinated. These are called vaccine breakthrough cases,” CDC spokesperson Jade Fulce told CNN in an email on Friday.

The South African patient had not been vaccinated yet. She was infected in September of 2020, months before vaccines were available. She volunteered for a clinical trial, so the team at the University of KwaZulu-Natal were able to take regular samples of her blood and samples of the virus to see what was going on in her body.

She was infected with the first recognized variant of coronavirus to sweep the world, one called D614G. By the sixth day of her treatment, the virus in her body had acquired another mutation — one called E484K. It’s worrying because it helps the virus evade the human immune response.

“At day 190, there was the emergence of D427Y and N501Y, “Tulio de Oliveira and colleagues at the University of KwaZulu-Natal in South Africa wrote in a pre-print report posted online. The N501Y mutation makes a virus more contagious.

“All viruses have a receptor that allows them to stick to a cell, and that’s the beginning of the infection process,” Moore explained. “And in some cases, how well that virus is able to bind to the host cell receptor really changes the game for that virus,” she added.

“A virus that has an advantage in terms of binding…it just means it has a much better chance of infecting cells.” So viruses carrying such a mutation would be more successful and would be more likely to replicate and spread than viruses without the mutation.

“A lot of what we are seeing now with the variants is that,” Moore said. There are other, more worrying mutations.

“Another is the ability to become somewhat more invisible to the human immune system. When we talk about immune evasion or antibody escape mutations, that’s what we mean,” Moore said.

“The virus has changed its coat through the incorporation of one of these mutations to allow itself to become somewhat less visible. It’s like it hides under an umbrella from the immune system because it’s managed to mutate its coat in some way.”

The B.1.351 virus variant first seen in South Africa and now called the Beta variant carries both the E484K and N501Y mutations. So does the P.1. variant, first seen in Brazil and also known as Gamma. That means they can replicate more easily and also evade the effects of the human immune response, as well as monoclonal antibody treatments and, to some degree, vaccines.

“The ability to hide from the immune system is what scares us about these variants, really,” Moore said. The B.1.1.7 or Alpha variant first seen in Britain has the N501Y mutation but not, usually, E484K.

So, in a single patient, all these changes came about as the virus kept one step ahead of her immune system.

“Despite a short clinical illness of moderate severity, SARS-CoV-2 PCR positivity persisted up to 216 days. We demonstrate significant shifts in the virus population over that time, involving multiple mutations,” de Oliveira and colleagues wrote.

“This one seems to be throwing out very similar mutations in different parts of the world,” Richard Webby, an infectious diseases expert at St. Jude Children’s Research Hospital in Memphis, told CNN.

The normal immune response to coronavirus infection is immediate and overwhelming.

“This is where the pressure comes on this virus. It’s not mutating for fun. It changes it to get away from this very robust immune response,” Moore said.

This goes even more so for fully vaccinated people. Many studies have shown certain vaccines, especially the mRNA vaccines made by Pfizer/BioNTech and Moderna, and to a lesser degree the Johnson & Johnson vaccine, elicit a broad immune response — much broader and stronger than the response that follows natural infection.

“They trigger massive amounts of antibodies. And that means that even if they take a knock against that virus with its umbrella, there’s still enough activity from those vaccines to be able to deal with the variant — we think,” Moore said. “So potency is king when it comes to vaccines.”

People who have never been vaccinated, or who have only been partly vaccinated, are more likely to become infected, especially with a variant that already may partly evade the immune response. Data from the US Centers for Disease Control and Prevention shows 10% or more of Americans who got one dose of Moderna or Pfizer vaccine missed the second dose. 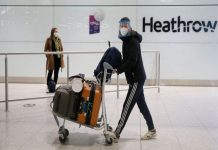 What are America’s New Travel Rules for Fully Vaccinated Travellers? 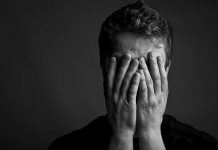 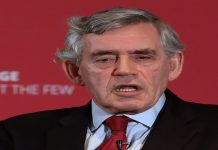 100 Million Vaccines To Expire By December