A coalition of environmental NGOs is working to decarbonize container shipping by applying pressure to the largest U.S. retailers, who are among the biggest customers for the ocean freight industry, reports Maritime Executive.

In a report released last month, the Ship It Zero coalition shows that goods imported via maritime shipping to the U.S. by Walmart, Target, Amazon and IKEA between 2018–2020 accounted for an estimated 20 million tonnes of carbon dioxide equivalent emissions (CO2e). These goods were predominantly shipped by a small group of leading ocean carriers, which have long-term relationships with each of the retailers.

Walmart topped the list of companies with the highest volumes traded and the most emissions. The retailer is also the number one goods importer in the U.S. The report shows that Walmart emitted an estimated 11.5 million tonnes of CO2e to ship 2.7 million TEUs between 2018 and 2020.

CMA CGM was Walmart’s main carrier over the course of 2020, accounting for 68 percent of the retailer’s shipping emissions..

The shipping industry accounts for nearly three percent of the world’s greenhouse gas (GHG) emissions. This is more than the emissions from global air travel and equivalent to the annual electricity usage of almost 200 million homes. 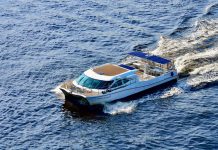 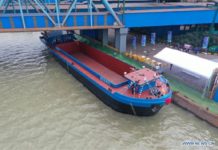 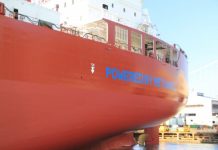 Weighing in the Viability of Methanol As A Future Fuel