With rising fuel costs and the IMO 2020 regulation making it mandatory for ships to use low sulfur fuels, the focus is gradually moving towards other technology like electric ships, wind-assisted ships, LNG. Of this, we are going to talk about the Wind Assisted Ships today.

A study published in Change Climate put forwards how a cargo ship did this back in the 70s.

The Ashington was built as an unremarkable general-purpose cargo ship that was registered in London and built by Clelands Shipbuilding Company Limited between 1978-79.

What sets this ship out from many a counterpart, is that in 1986 she was fitted with a Walker Wingsail system in an effort to combat rising oil prices.

Unfortunately, there is limited information as to how well the conversion fared in operation.

Before that in 1985, the subject of optimal route planning was high on the agenda with a conference in Manila to discuss power routing for sail assisted diesel vessels.

Operating experience on the MV Ashington

This is a brief report of a joint presentation in which the development of the Walker Wingsail over the last 20 years was described and information was given on the experiences gained from 5 months’ operation of the device at sea on the 7000 dwt bulk carrier Ashington.

It is estimated that the reduction in fuel consumption achievable in a ship fitted with the present design of wingsails over that of a conventional modern ship could be up to 30%.

This was a paper defining and discussing the concept of power routing, as distinct from the course-only weather routing traditionally practiced. The concept is discussed primarily as it relates to the wind (which is responsible for most of the wave motion classified as “sea”) and as it applies to sail-motor vessels. A methodology is described for sail-motor operation that determines the optimal use of engines under different wind conditions. 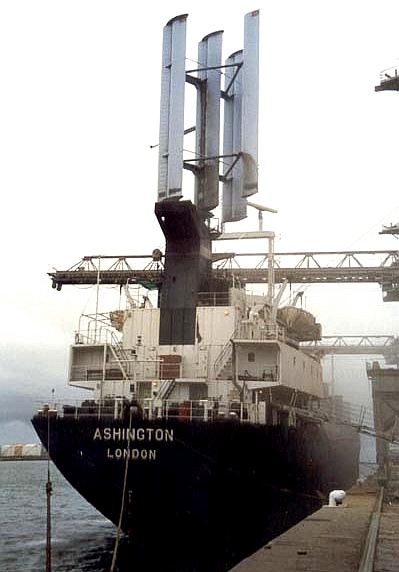 WIND ASSISTED SHIPS – The Ashington cargo vessel from 1979 was fitted with a Walker Wingsail system in 1987 to reduce oil consumption. There has never been a large commercial vessel powered by wind turbines. The closest is the Anton Flettner Rotor. 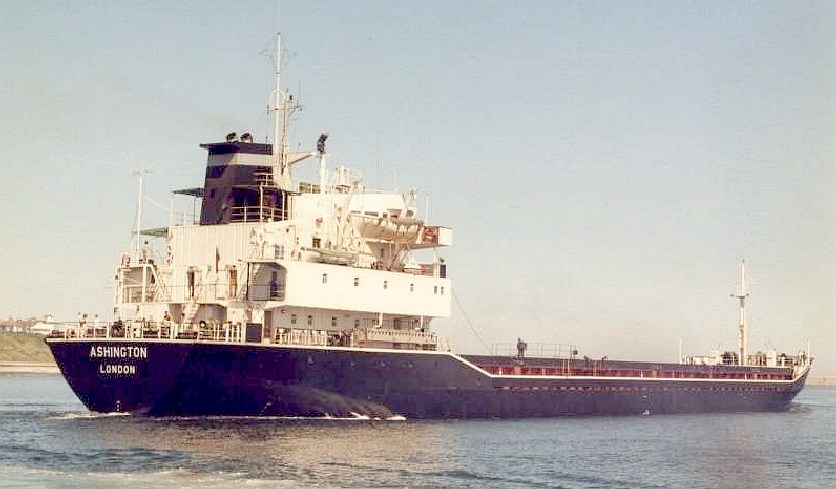 DIESEL POWERED – The Ashington before being converted to take advantage of the wind.

SUSTAINABLE CONTAINER SHIPS – This 50m concept vessel may be doubled and quadrupled without too much trouble. You’d need to up-scale by a factor of 8 to match the 400 meter ships that operate today to carry 960 standard containers. See our top ten list below. That is nowhere near the capacity of a heavy bunker fueled giant, but it is a formula for eventual 100% zero carbon transportation that is theoretically workable. We believe that such a system could eventually replace bunker fuels and eliminate the need for liquid fuels that may be potentially dangerous.

CARGO CONTENDERS A list of the top ten fossil fueled leaders that could benefit from solar and wind assistance. You may notice from the specification of these vessels that we are in the right ballpark for power to cargo ratio when comparing DWT to installed engine power:

ZERO CARBON RORO – This is a small roll-on roll-off ferry designed to carry 12 large vans, with passenger rooms below decks. She is a zero carbon design featuring twin wind generators that also add to thrust directly from the wind (like sails) and a full deck of solar panels that track the sun – including a battery store. The age of zero carbon shipping is dawning, with designs like this leading the way. Design Copyright © December 6 2019. 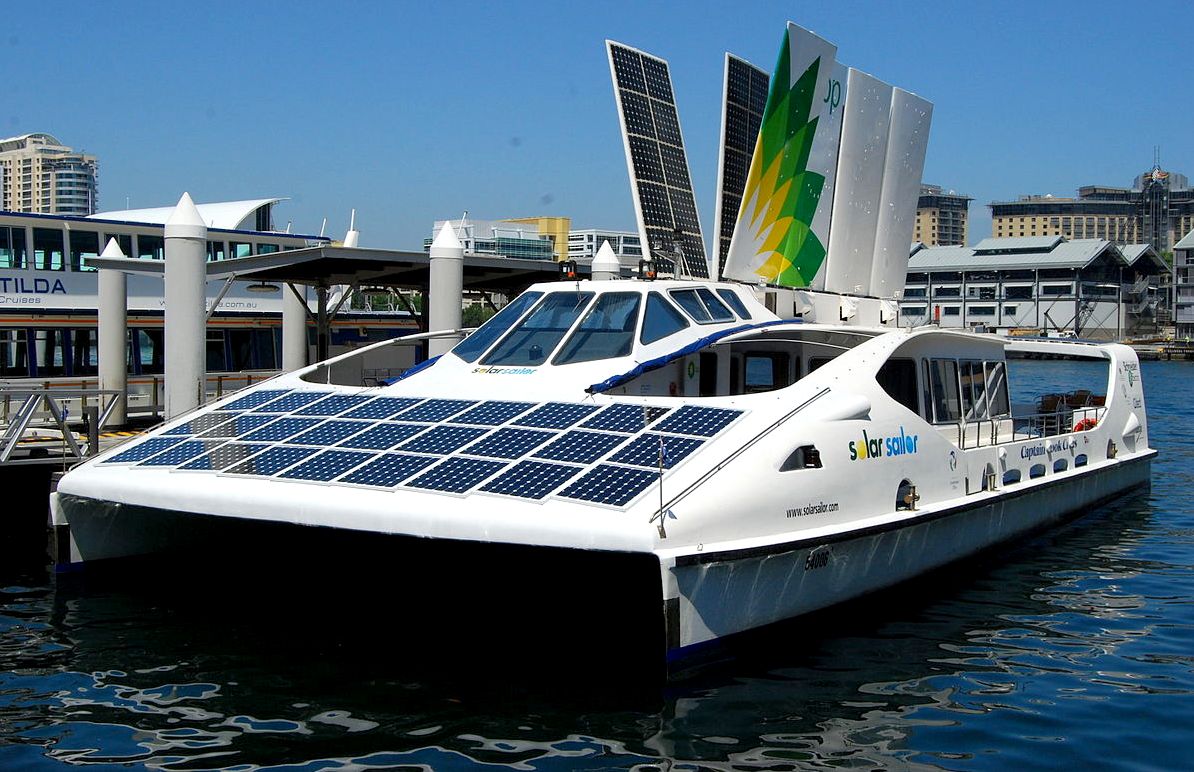 The concept of using wind and solar power together on ships is no longer science fiction, nor is it decades away. There are a number of interesting concepts under development.

The search continues for the best combined wind system, and that is where we come in.

Mfame Team - June 1, 2016
0
Watch a video demonstrating the state of the art zero-emissions and low impact sail cargo ship from The Fair Winds Trading Company (FWTC), which...
Powered by Pojo Software Pvt.Ltd
This website uses cookies to improve your experience. We'll assume you're ok with this, but you can opt-out if you wish.Accept Read More
Privacy & Cookies Policy
Necessary Always Enabled