A container vessel had just left port when the OOW noticed smoke being emitted from the forward part of the vessel. He informed the Master at once, and the Master requested that the Chief Officer investigate.

The Chief Officer identified that it was from a container in the forward part of the vessel. A fire team was assembled and fire hoses were used to spray the container and also for boundary cooling of the containers which were directly adjacent.

The container that was alight was at the bottom of the stack. The crew tried to open the container’s doors but as they couldn’t get them fully open, they sprayed water through the partially opened doors. The cargo in the container was charcoal.

The vessel turned around and sailed back to the departure port. After the vessel had berthed an emergency response team embarked and assisted the crew. The burning container was quickly unloaded.

The charcoal had not been classed as dangerous cargo and had no IMDG signs. It is important to know that IMDG-classed charcoal, whether activated or non-activated, falls under IMDG class 4.2. In this case it could have been disastrous if the container had been loaded under deck in the cargo hold. A container vessel was sailing in open sea when smoke could be seen coming out from the vent of one of the cargo holds. The Master sounded the general alarm and all crew were mustered and accounted for. A fire team was assembled and proceeded to shut off the ventilation and close the fire dampers for the cargo hold.

An access hatch cover was opened for the fire team to enter the cargo hold, but it was full of smoke and there was no visibility so the fire team turned back and closed the hatch.

The Master made the decision to release CO2 into the cargo hold and the vessel turned back to its last port of call. After the CO2 had been released some smoke could still be seen coming from the cargo hold but it was less than before. The crew could not find any hot spots on deck and when they inspected the adjacent cargo hold there were no hotspots or discolouration.

After the vessel berthed the local fire brigade embarked and confirmed that the fire was extinguished. The cargo manifest did not show any dangerous cargo loaded into the affected cargo hold.

Charcoal is shipped for various uses including shisha pipes (water bubble pipes) and for barbecues. Charcoal is porous and so it provides a large surface area for reaction with air/ oxygen.

Self-heating is therefore possible in charcoal. In recent years this has mainly been seen happening in containers. Some charcoal tablets for shisha pipes are not pure charcoal but contain impurities e.g. metal filings and hydrocarbon liquid which may make them more likely to selfheat. As a result packaging requirements may apply such as hermetically sealed, smaller packs. The IMDG Code for charcoal may require adequate heat treatment and then cooling of the charcoal before packing.

This is to reduce the reactivity of the charcoal by allowing it to oxidise under controlled conditions. Whilst charcoal is covered by IMDG, the correct sampling, testing and certification may in some circumstances be used to show that no special precautions are needed. It may assist to check the relevant documentation.

Coal that can self-heat produces carbon monoxide gas (CO). Carbon monoxide is also produced by fires, particularly those which are smouldering. Carbon monoxide concentrations in the hold ullage spaces should be checked and the matter reported to shippers and owners/managers if 50 parts per million (50 ppm) is reached, or if there is a steady rise over three consecutive days.

Whether problematic self-heating happens therefore depends on several factors, including what actions are taken on board the ship. 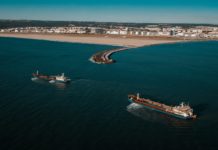 Too Many Assumptions Led Collision Of Ship 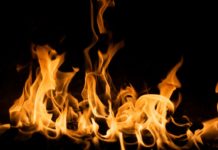 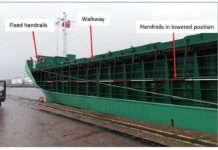